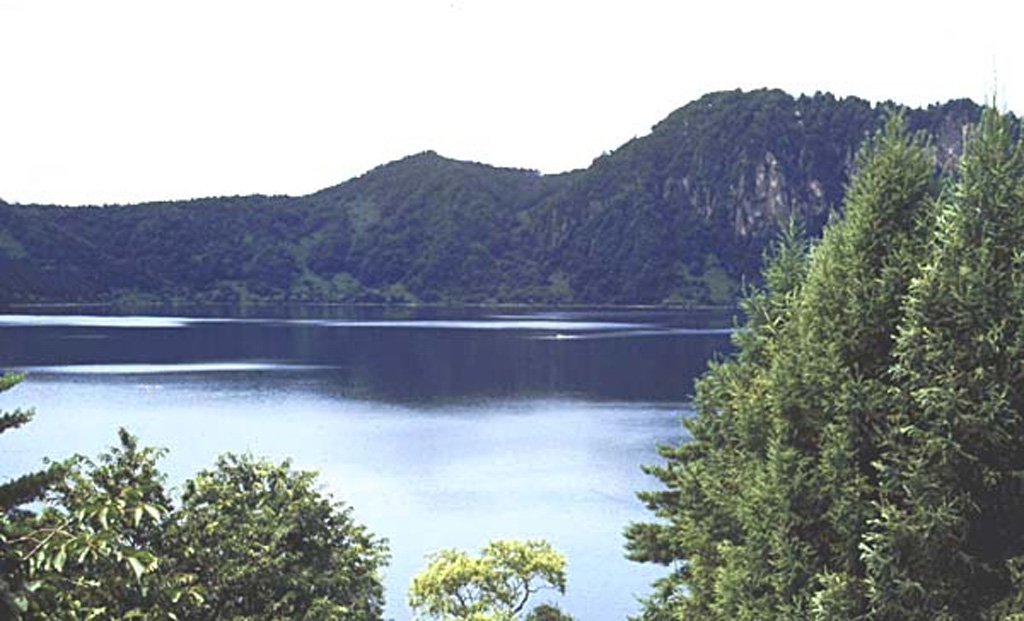 Numazawa caldera lake is viewed from its NE shore with a 40,000-year-old lava dome forming the right horizon. The 1.5 x 2 km caldera was formed about 5,000 years ago during the eruption of the Numazawako Pumice Flow and Plinian fall deposit. The small Numazawa caldera was constructed within an older Pliocene caldera. 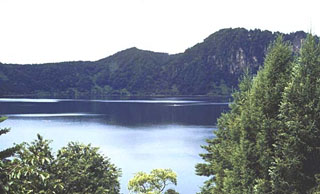