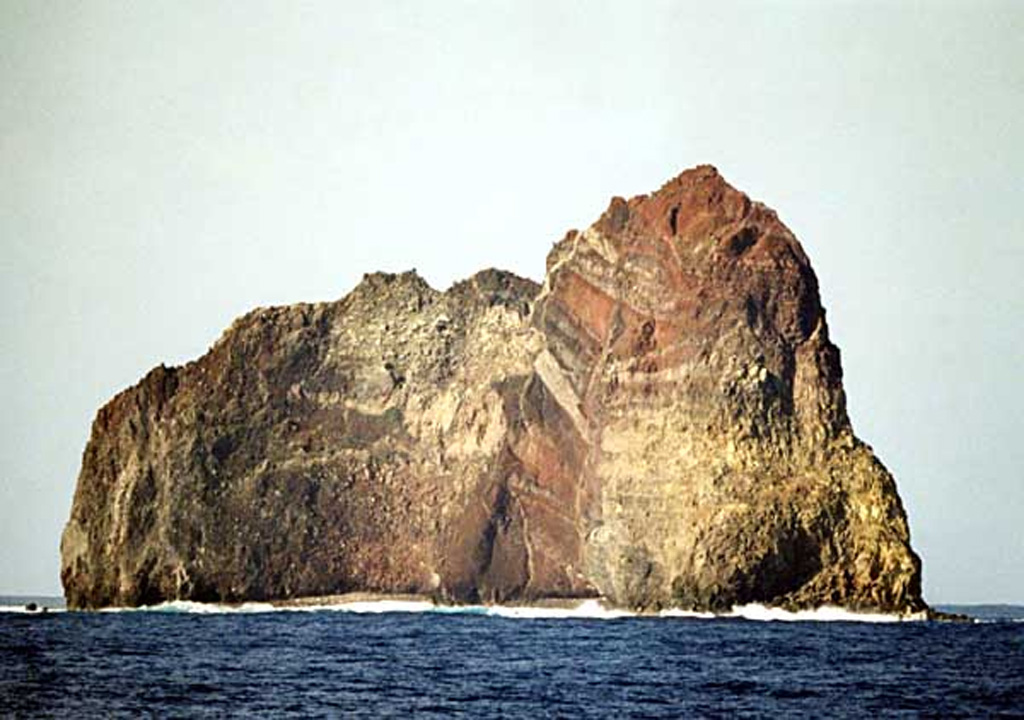 Wave erosion has exposed the spectacular stratigraphy of Sumisujima, a steep-sided pinnacle that is a remnant of the outer southern flank of a submarine caldera 6-9 km wide. Intrusive rocks, dikes, tephra layers, and breccias are visible in this view of the eastern side of the pinnacle. Submarine eruptions have been reported from a number of locations near here, the last of which occurred in 1916. Water discoloration has been frequently observed nearby since the 1970s. 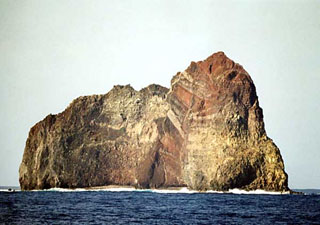