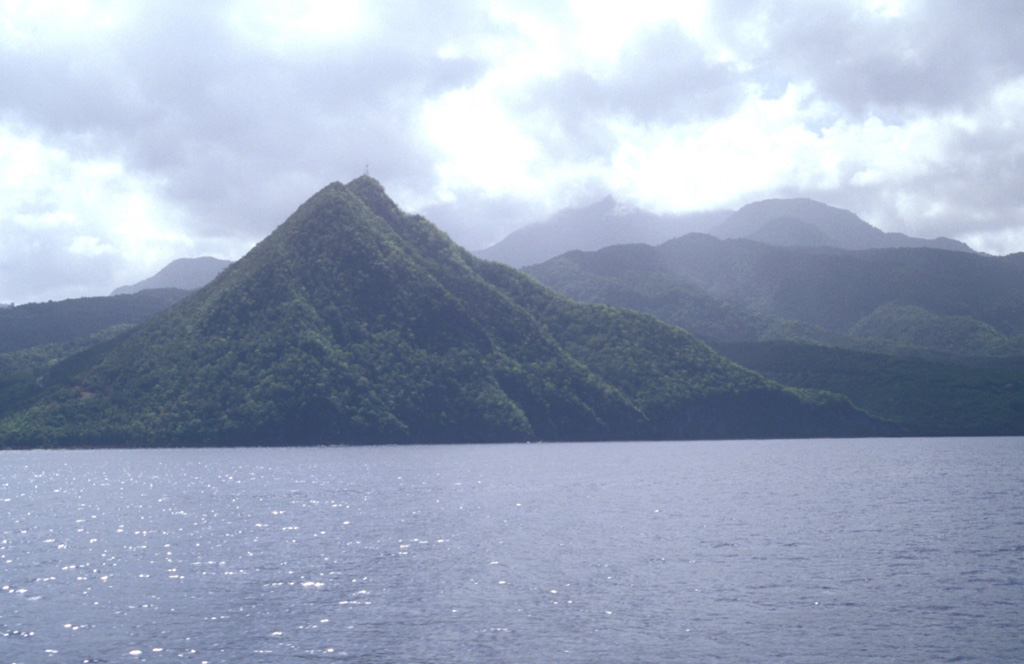 Morne Espagnol, also known as Barbers Block, is a steep-sided Pliocene lava dome that rises to 365 m above the coast on the NW flank of Morne Diablotins volcano, whose summit is hidden in the clouds. The massive volcano, the largest on Dominica, is capped by a complex of at least five lava domes. Block-and-ash flow deposits radiate away from the summit and reach the coast. 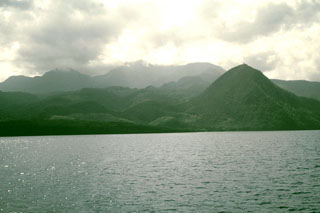