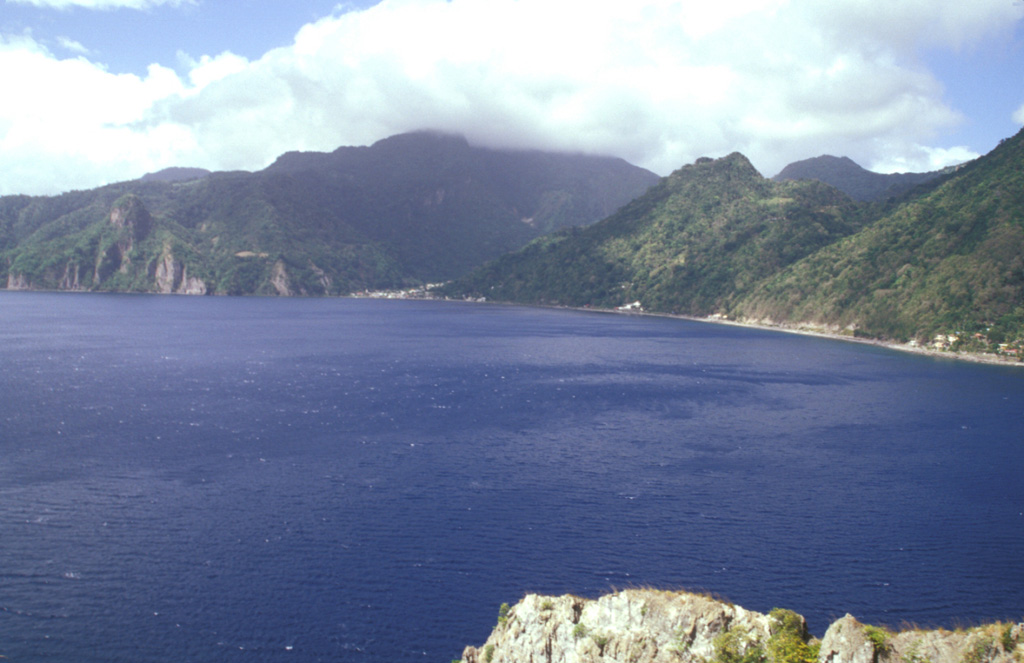 The promontory at Scotts Head provides a vantage point overlooking the partially submerged Plat Pays caldera, widely breached to the west at Soufrière Bay. The caldera, which partially truncated Morne Plat Pays stratovolcano (in the clouds on the center horizon) formed about 39,000 years ago. Its margins extend from north of Sorcière lava dome (far left) to near Scotts Head. Morne Patates, the dome along the coast at the right-center, is the youngest post-caldera lava dome and was active until at least about 700 years ago.