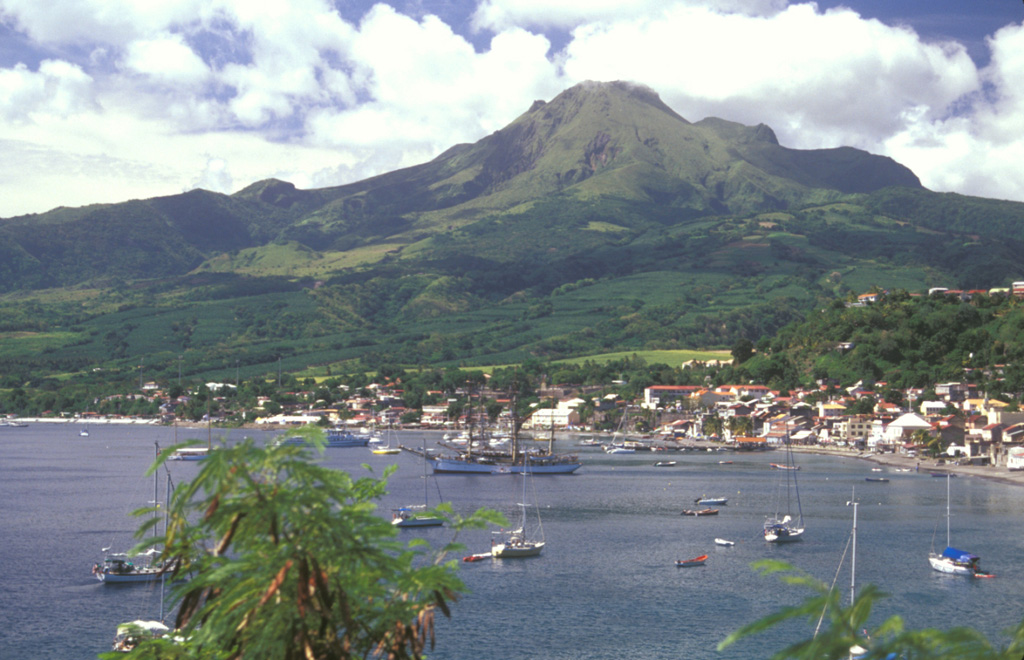 Mount Pelée towers above the city of St. Pierre in northern Martinique a century after the catastrophic eruption that destroyed the city in 1902. Pelée is the most active volcano of the Lesser Antilles arc, with more than 20 major eruptions during the past 5000 years. Lava domes formed during the 1902 eruption and one in 1929 form the present summit, which was constructed within a large scarp visible on the lower left horizon that formed when the volcano collapsed about 9000 years ago.