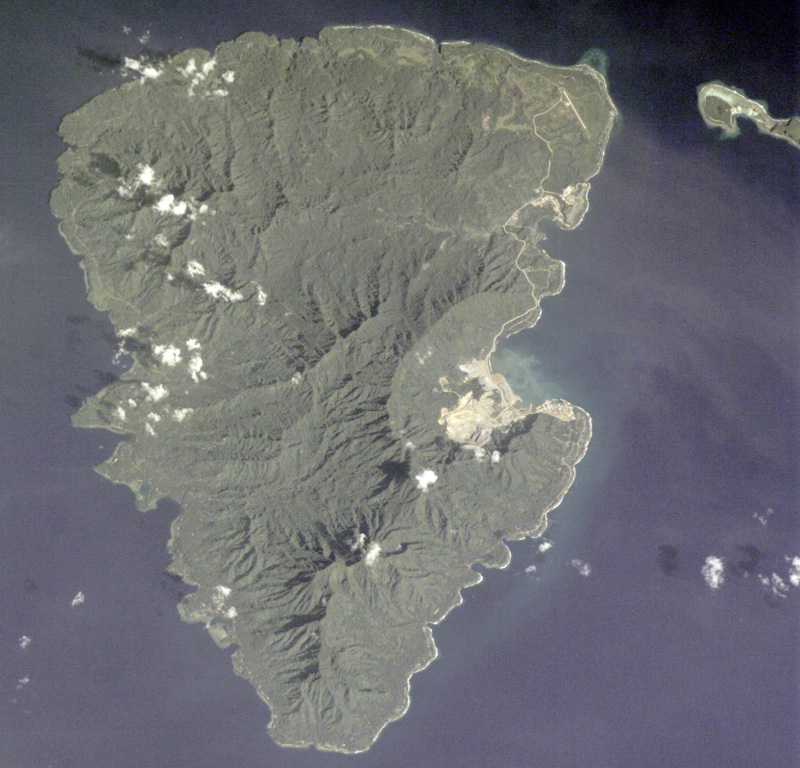 The 20-km-long Lihir Island is a complex of several overlapping Pliocene-to-Holocene volcanoes N of Latangai Island, the youngest of which is Luise volcano. Luise Harbor (right center) lies within a 5.5-km-wide caldera that is breached on the NE side. Thermal activity includes boiling hot springs, mud pools, and sulfur-encrusted low-temperature fumaroles. 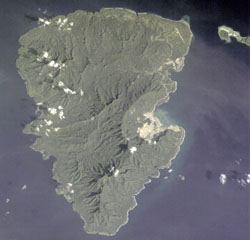