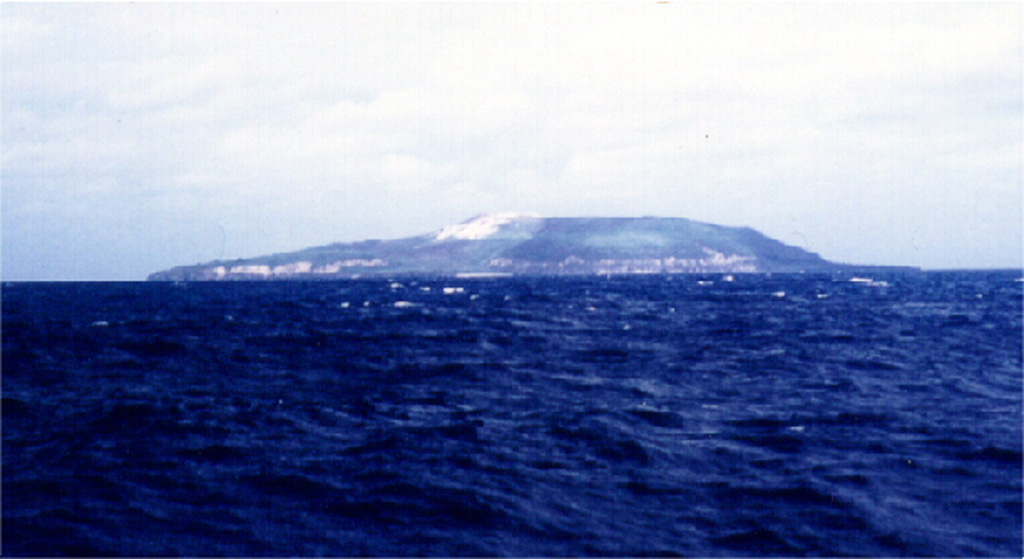 Seen from the NE, Fonualei volcano is a small, less than 2-km-wide island that contains active fumaroles in the crater, which is breached to the SW with a fresh lava flow extending to the sea and forming a rugged shoreline. Blocky lava flows from a central cone have reached the sea through notches in the caldera rim. Eruptions have been recorded since 1791.

Photo by Paul Taylor (published in Taylor and Ewart, 1997). 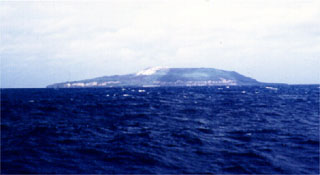