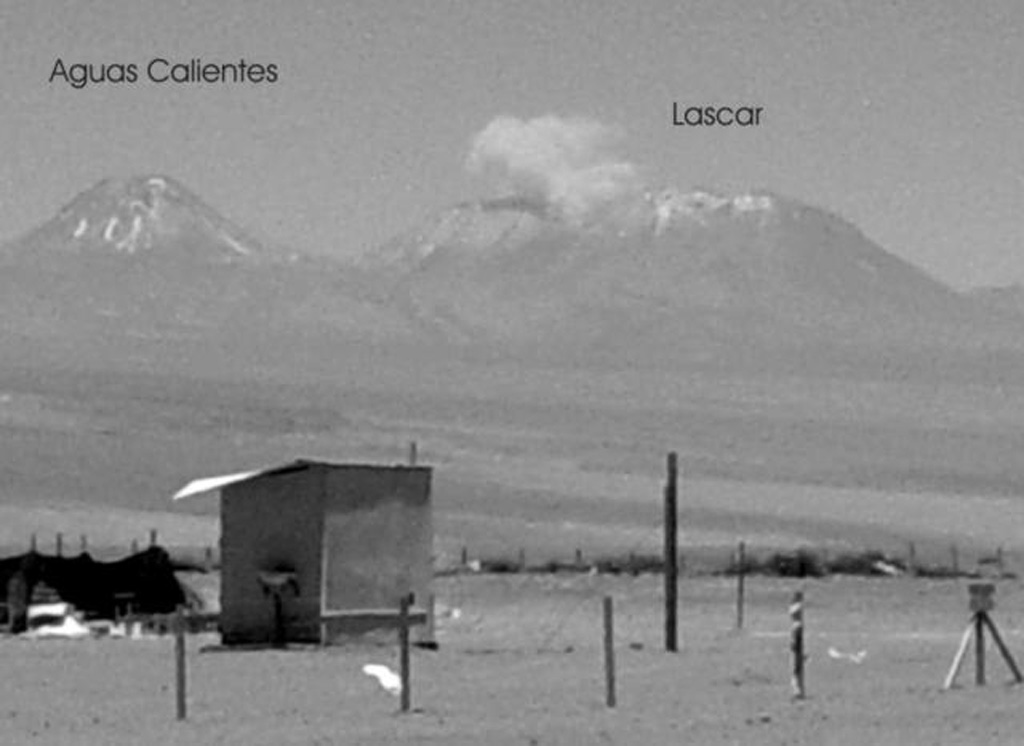 An ash plume rises above Láscar volcano on October 27, 2002, as seen from Pozo Tres, 60 km to the NW. Minor ash eruptions had been observed on 3 occasions at five-minute intervals on October 26, producing plumes that rose about 300 m above the summit crater. On the 27th two explosions were observed; the plume from the 2nd explosion reached at least 1.5 km above the crater.