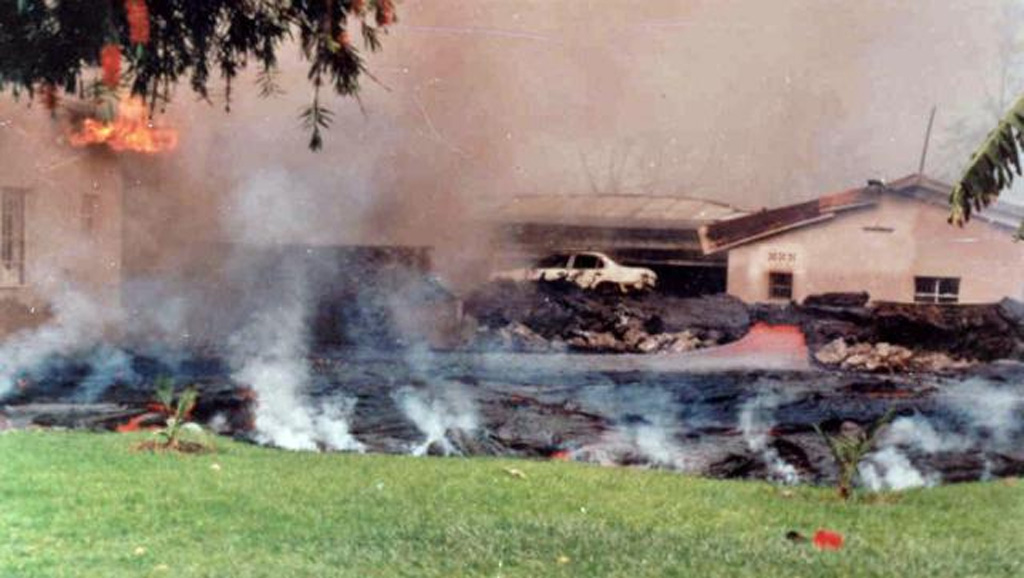 A major effusive eruption from vents on the S flank of Nyiragongo volcano in the Democratic Republic of Congo on 17-18 January 2002 produced lava flows that partially inundated the city of Goma, flowing through city streets before entering into Lake Kivu. This photo shows some of the thin and fast lava flows pouring through a narrow chute (behind the car and in line with the left-most opening in the low wall). An incandescent channel is visible at the right, and gas and steam rise from the advancing front of the lava in the foreground.