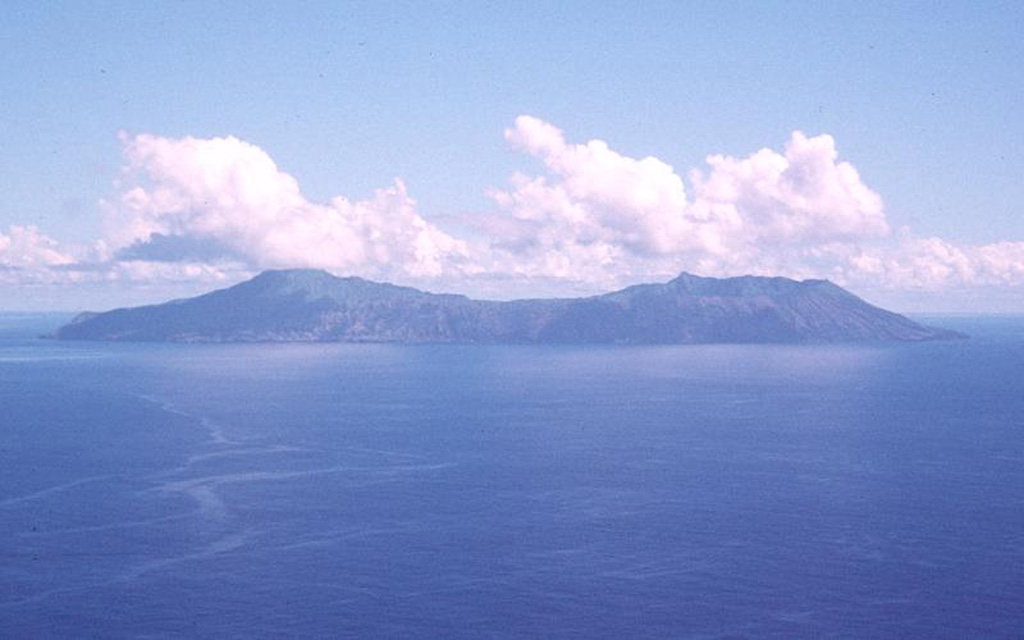 The two coalescing volcanoes forming the elongate 9-km-long island of Anatahan in the central Mariana Islands are seen here from the S. The low point in the center of the island results in part from overlapping 2.3 x 5 km calderas, the largest in the Mariana Islands. The larger western caldera is 2.3 x 3 km and extends eastward from the summit of the western volcano (left). The volcano's first historical eruption in 2003 took place from a small crater within the 2-km-wide eastern caldera.