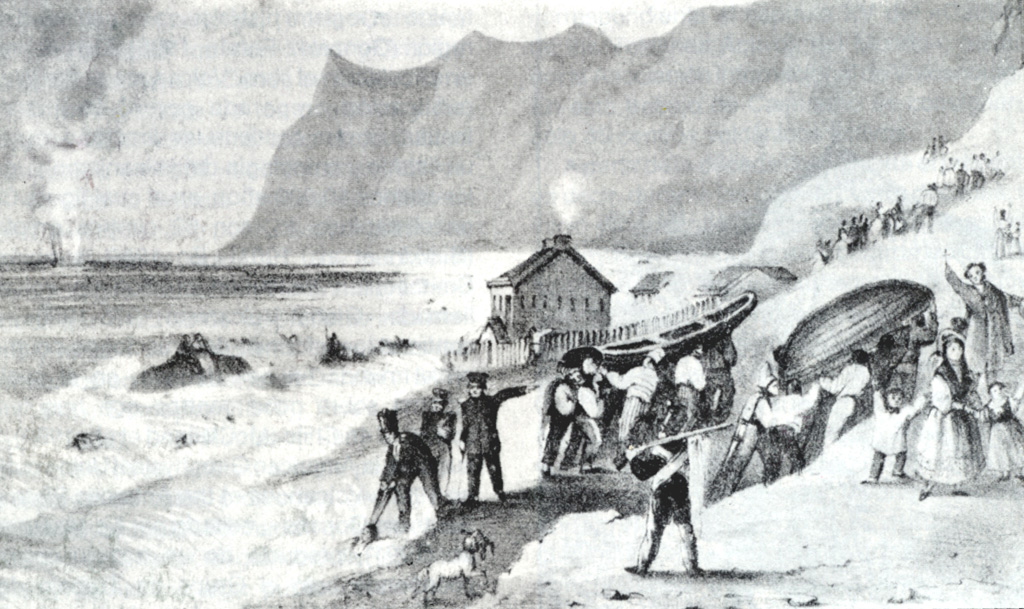 An eruption plume (upper left) rises on February 20, 1835 from a submarine volcano in Bahía Cumberland off Punta Bacalao on Robinson Crusoe (Mas a Tierra) Island. The sketch was made by Sutcliffe (1939), the island's governor; during the eruption flames were reported that lit up the island. Robinson Crusoe, in the central part of the Juan Fernandez Island group, is composed of four overlapping shield volcanoes with calderas breached to the NE. The SW part of the basaltic island consists of smaller altered cones.

Sketch in Sutcliff, 1839 (courtesy of Oscar González-Ferrán, University of Chile). 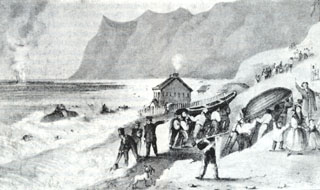