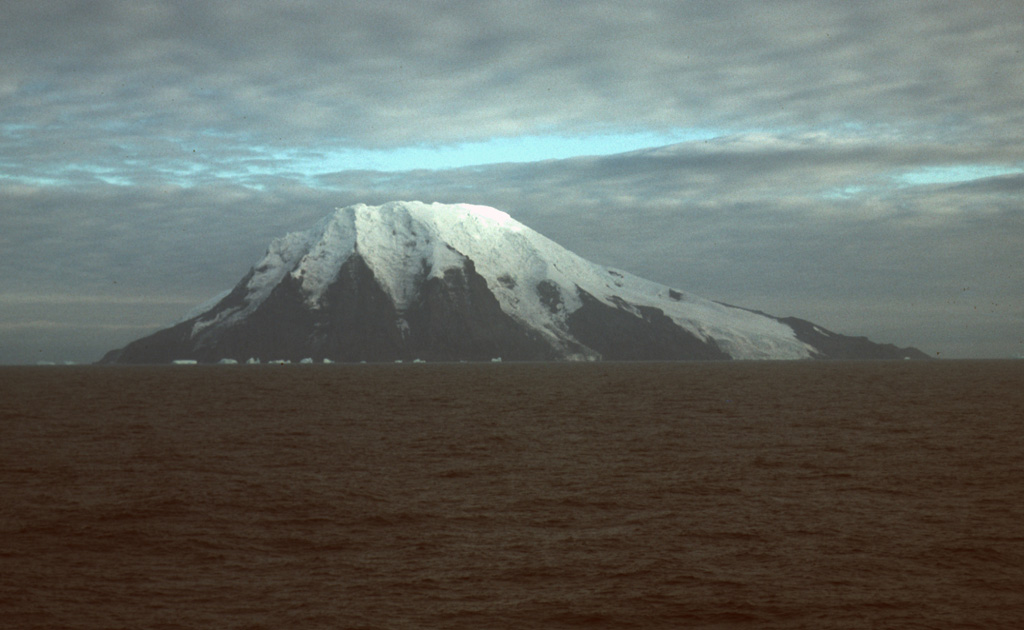 Glaciers descend the steep southern face of Visokoi Island from the flat-topped summit of Mount Hodson. Wordie Point (left) and Irving Point (right) lie respectively at the west and east sides of the 5.5 x 7 km wide island. The sea cliffs comprise interbedded lavas and pyroclastics. The cliffs at Wordie Point are formed by thick columnar-jointed lavas. Numerous basaltic scoria cones were constructed on the lower flanks of the island, including at Irving Point, and are thought to represent the most recent activity. 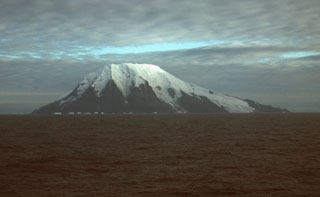