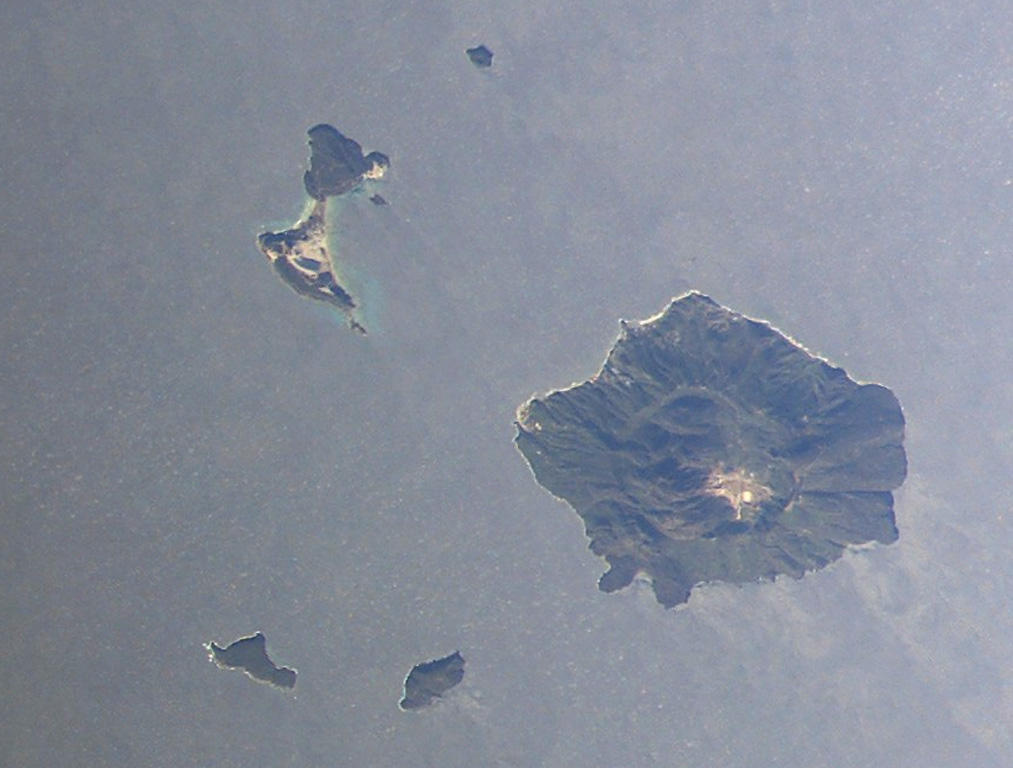 The island of Yali (upper left) and the island of Nisyros Island (lower right) are shown this NASA Space Shuttle image (with N to the upper left). Yali contains two distinct segments connected by a narrow isthmus formed of modern reef sediments and consists of rhyolitic obsidian domes at the NE end and pumice-fall deposits at the SW end. A caldera 3-4 km wide, much of the W side of which is filled by post-collapse lava domes, is visible on historically active Nisyros Island. 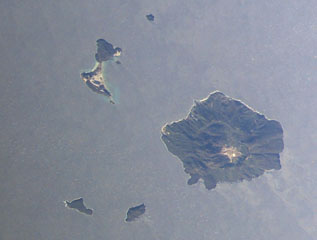