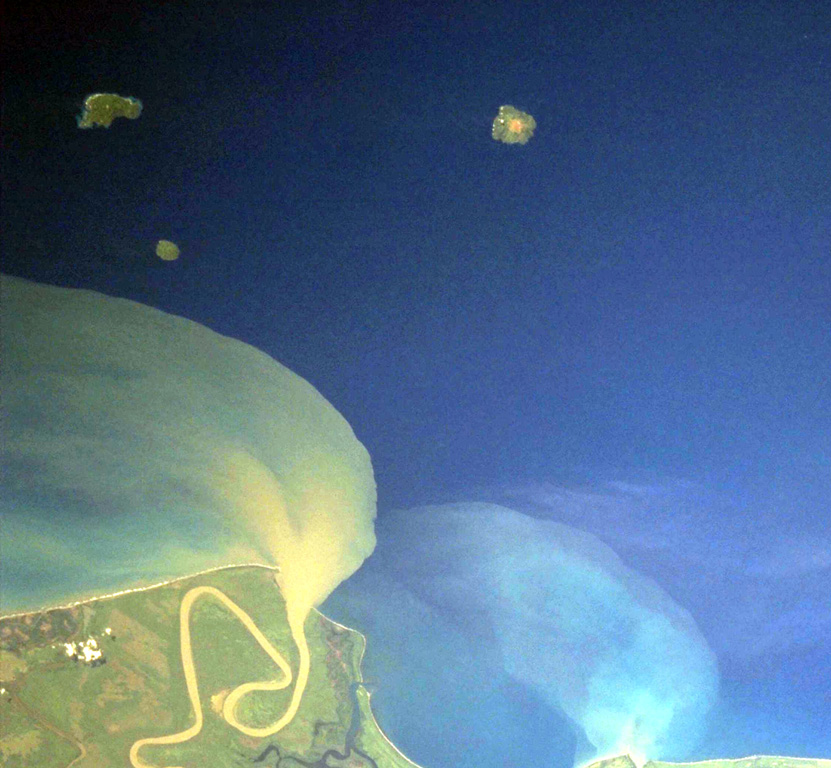 Kadovar is the small circular island at the upper left just above the prominent sediment plume from the Sepik River (lower left) on the mainland of Papua New Guinea. The 2-km-wide island of Kadovar is the emergent summit of a Holocene-age stratovolcano that lacks fringing or offshore reefs. No certain historical eruptions are known, with the latest activity consisting of a period of elevated thermal activity in 1976. Kadovar is part of the Schouten Islands, along with Blup Blup (top left) and Bam (top right).