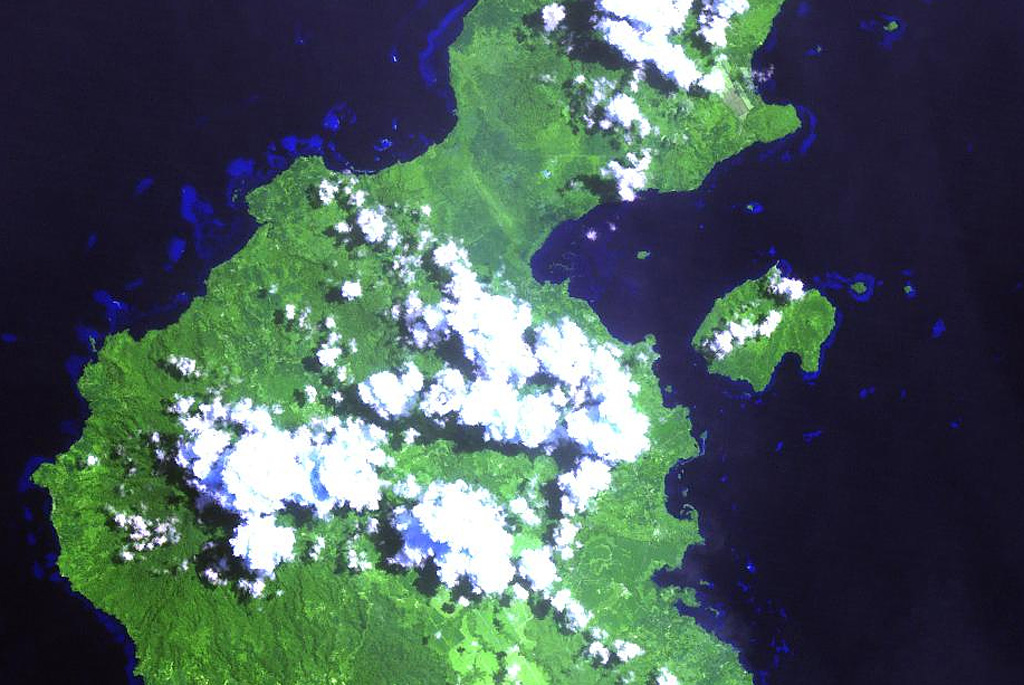 The Garua (Talasea) Harbour volcanic field (upper right center) consists of a group of mostly rhyolitic lava domes and ash cones that ring the harbor on the west and form Garua Island (right center) to the east. Active hot springs ring the shores of Garua Harbour, including a large group of boiling pools, fumaroles, and mudpots located near the Talasea Government Station on the south shore of the bay, directly opposite the western tip of Garua Island. 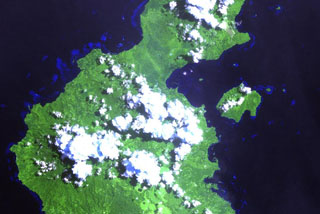