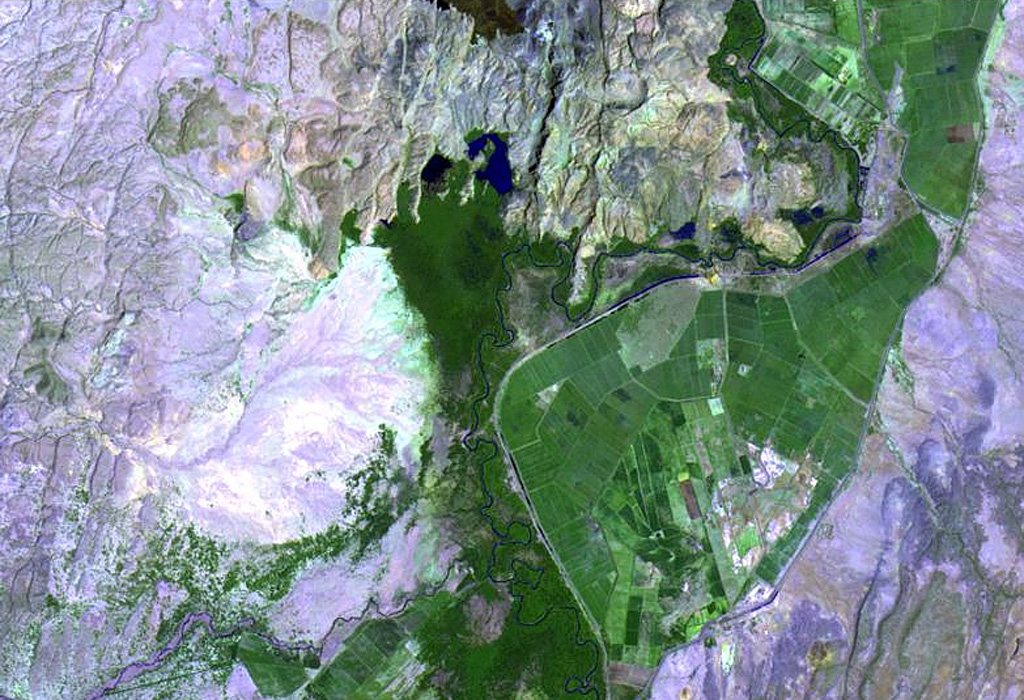 Lava flows of the southern side of the Dofan volcanic massif are seen NW of a bend in the Hauash River at the top of this NASA Landsat image. The stratovolcano, known as the "smoking mountain," rises above the Awash plain in the northern Main Ethiopian Rift. Numerous cinder cones dot the flanks of the dominantly rhyolitic volcano. A dark-colored lava flow at the extreme top-center of the image originated from the younger northern cones, which have well-preserved morphologies and display strong fumarolic activity. 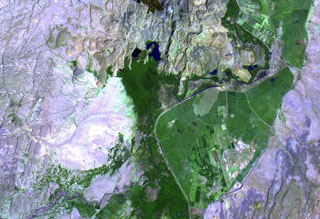