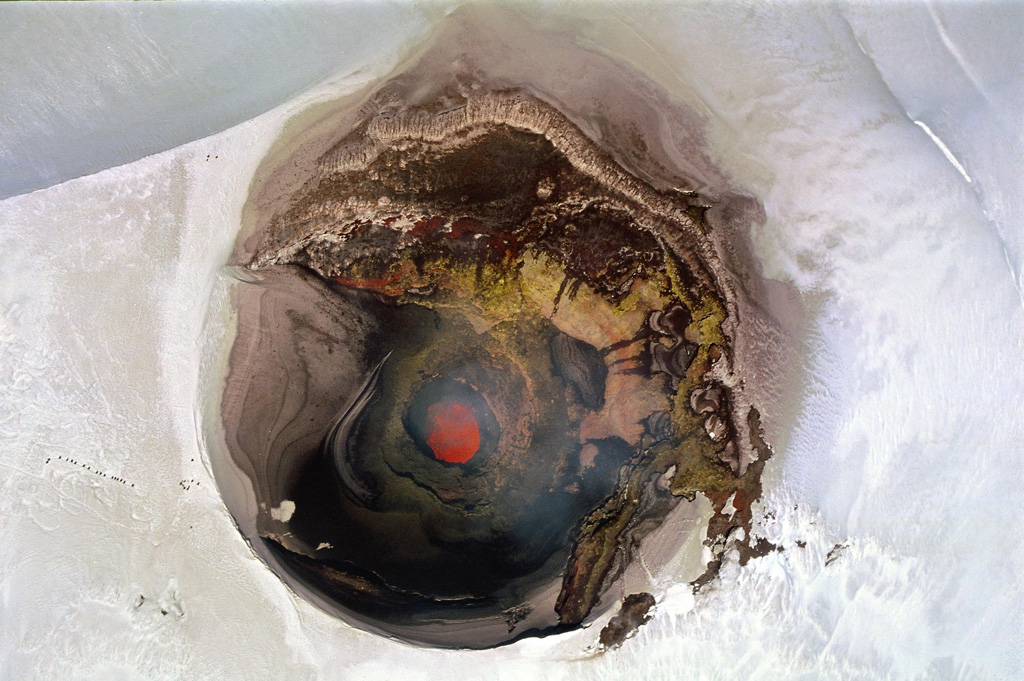 A near-vertical aerial view into the ~250-m-wide summit crater of Villarrica volcano on November 19, 2004 shows an incandescent lava lake in the steep-walled inner crater. The chain of dots left (north) of the crater are climbers near the crater rim. Night-time glow was periodically visible from the town of Pucón on the north flank of volcano beginning in August 2004 and intensified in November and December. Small strombolian explosions in December ejected spatter and bombs onto the crater rim.