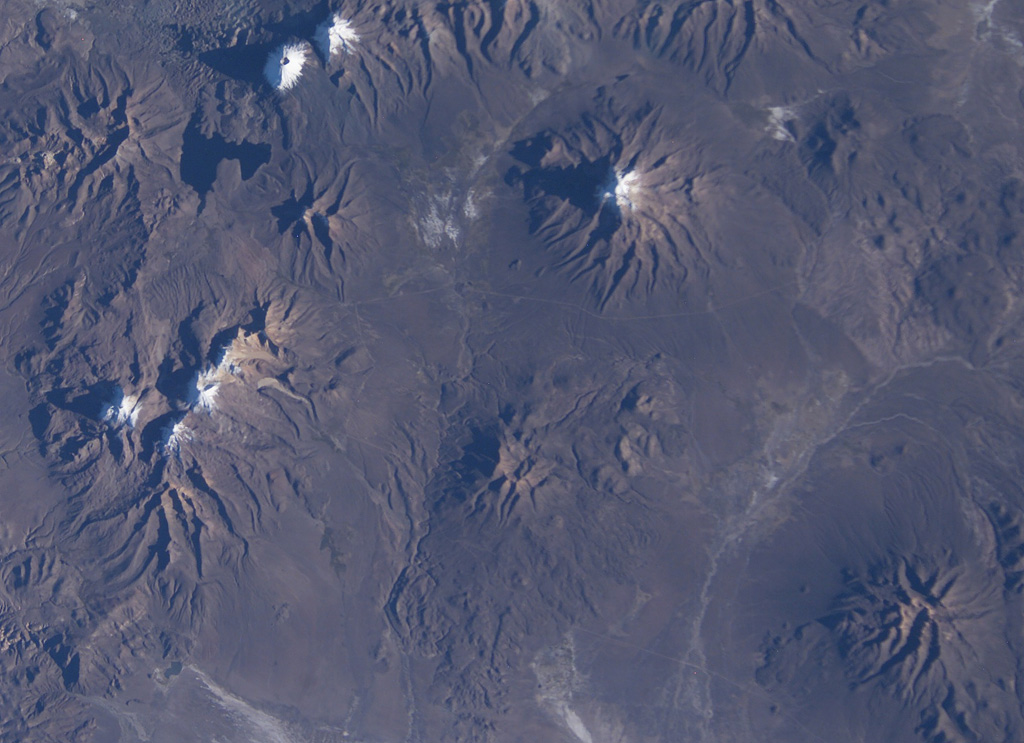 Snow capped volcanoes dot this NASA Space Shuttle image (with north to the upper right) taken along the Chile-Bolivia border. The snow-capped peak at the far left-center is Guallatiri volcano, and to its right are the three peaks of Nevados Quimsachata, which includes Acotango volcano. The twin peaks at the upper left are Pomerape and Parinacota, with Laguna Chungara below. Nevado del Sajama in Bolivia lies at the upper right-center. At the lower right is the snow-free volcano of Macizo de Larancagua. 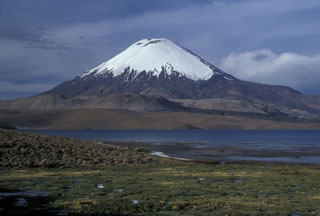