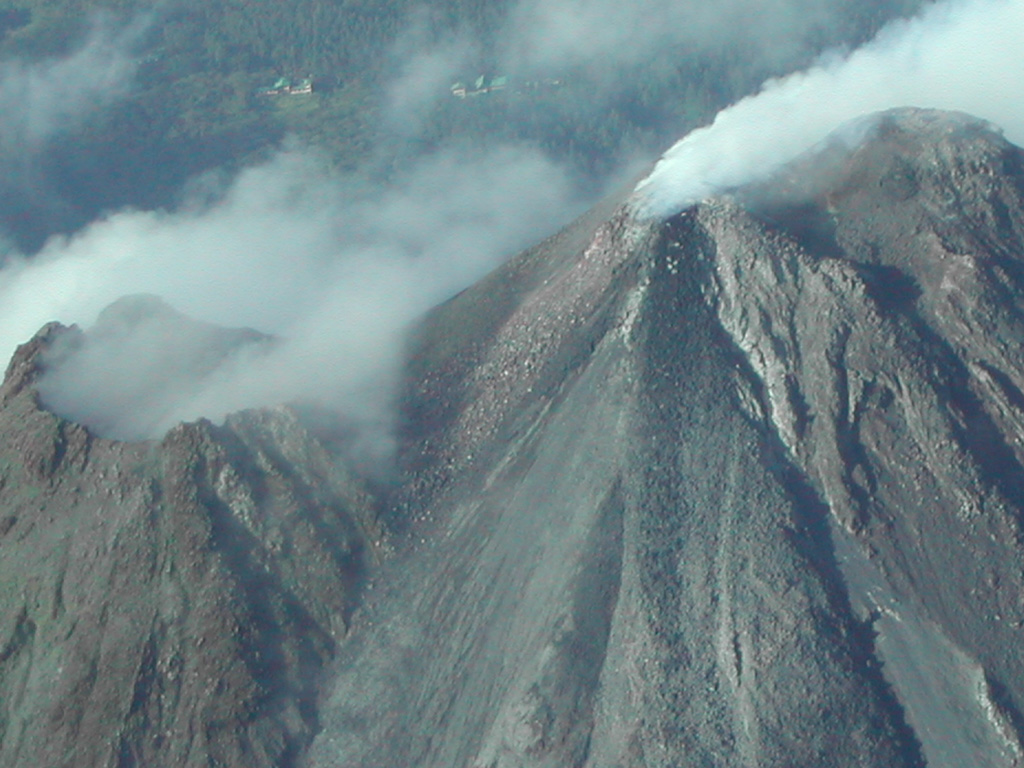 Gas emissions rise from the active Arenal summit crater (Crater C, upper right) in 2003, and a lava flow descends the NE flank to the bottom of the image. Some fumarolic activity is occurring from the pre-1968 crater (Crater D, left). The building at the top left is the Arenal Volcano Observatory.