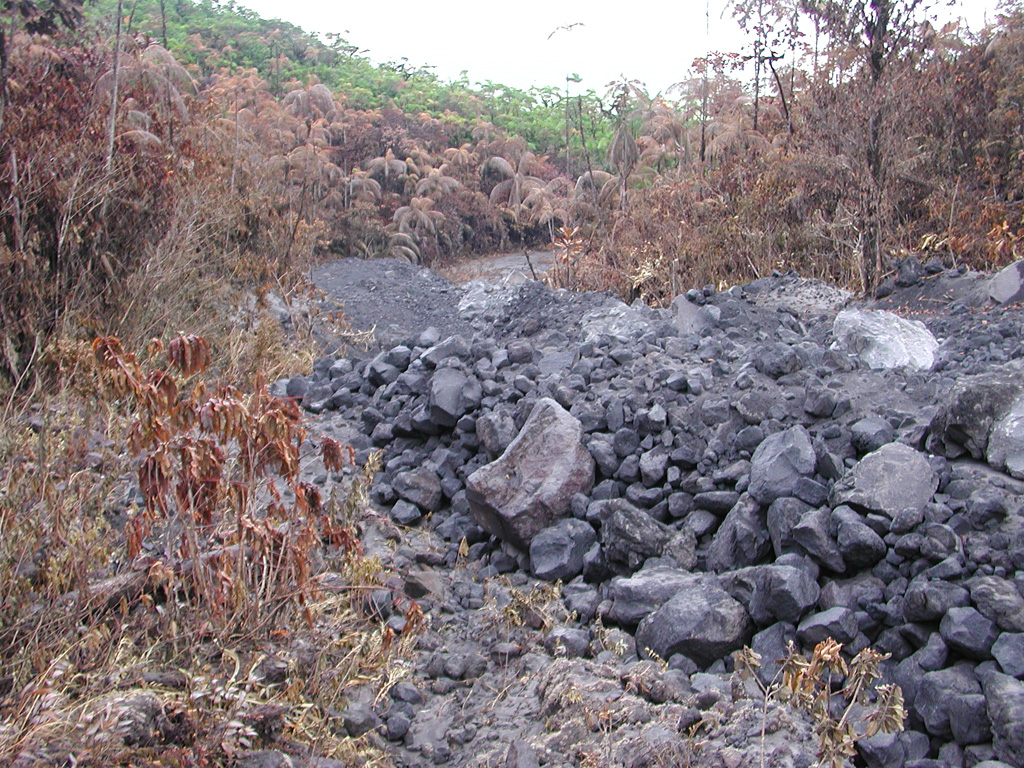 This is a pyroclastic flow deposit that was emplaced down the NE flank of Arenal on 5 September 2003, singeing vegetation on either side of the narrow valley. A series of pyroclastic flows were produced over two hours starting at 1055. The pyroclastic flows originated from the collapse of lava flows on the steep upper flank. Accompanying ashfall occurred to the W and NW.