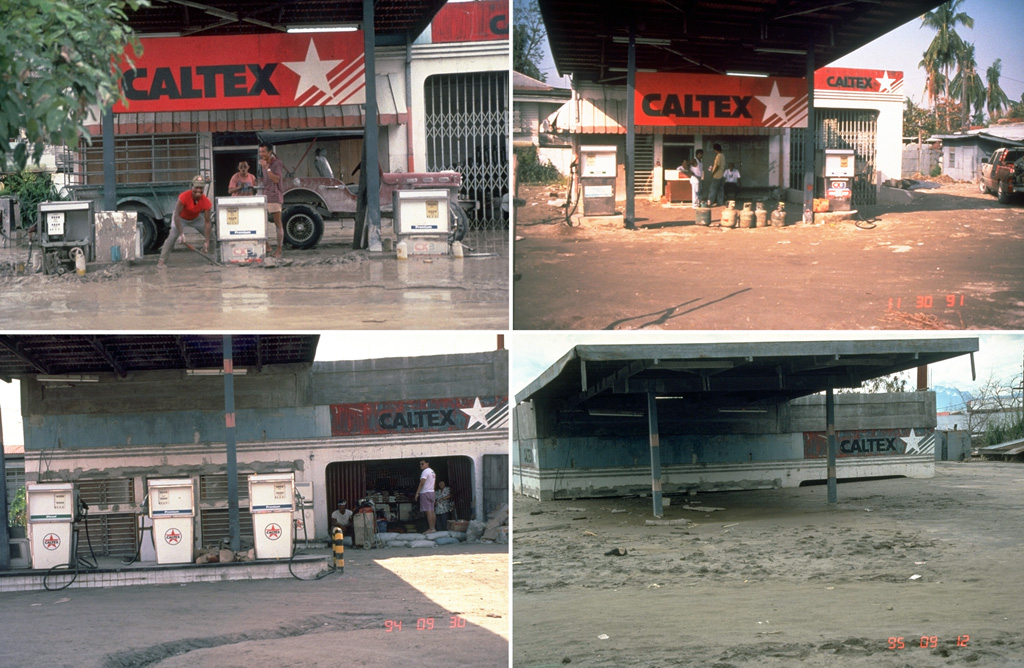 Owners of a service station in the city of Bacolor, 38 km SE of Pinatubo in the Philippines, adapted to ongoing lahars over many years; note the garage door opening at right and the height of the canopy in each photo. On 12 September 1991 (upper left), 10 days after the end of the 1991 eruption, they dug out gas pumps buried by 1-m-thick lahar deposits. By 30 November 1991 (upper right) they had raised the pumps to the new ground level. Three years later, in September 1994 (bottom left), the pumps had again been raised, to a ground surface now half the height of the original garage opening. A year later (bottom right) a 5-m-high lahar deposit filled the garage, and the station had been abandoned.