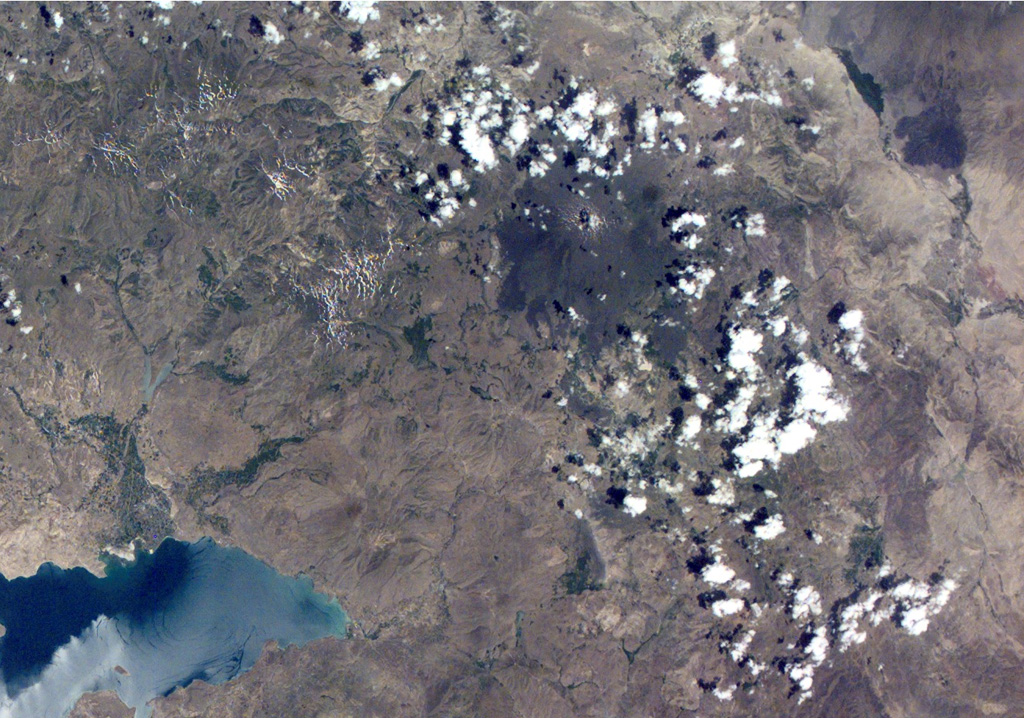 The dark-colored circular area above and to the right of the center of this NASA Space Shuttle image (with north to the top) is Tendürek Dagi. This shield volcano rises 1,800 m above the plain of Dogubayazit, near the Iranian border, NE of Lake Van (whose NE tip is at the lower left) and S of Mount Ararat (out of view to the upper right). An eruption took place from a vent on the SE flank of Tendürek Dagi about 2,500 years ago, and another eruption occurred in 1855. 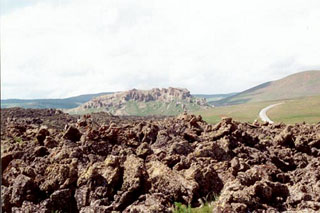