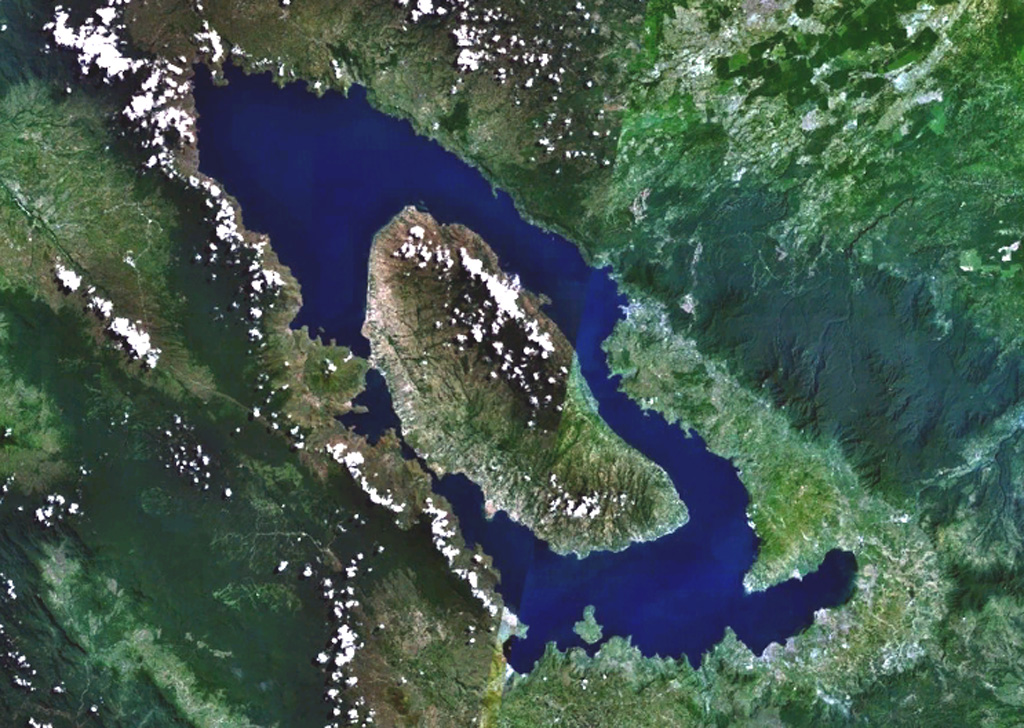 Toba is Earth's largest Quaternary caldera and is partially filled by Lake Toba, seen here in a NASA Landsat satellite image (N is to the top). The 35 x 100 km caldera formed during four major ignimbrite-forming eruptions in the Pleistocene, the latest of which occurred about 74,000 years ago. The large island of Samosir is an uplifted resurgent dome. 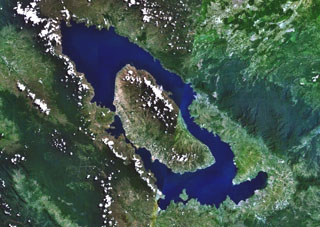