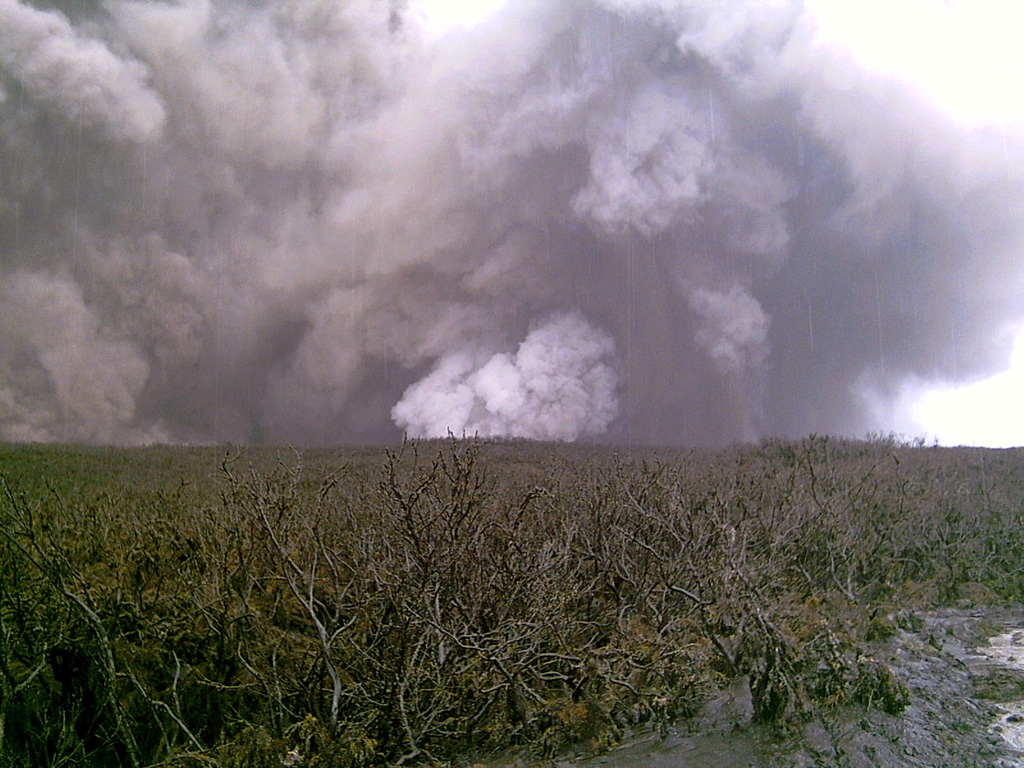 A phreatic eruption plume is seen from Karthala's E slopes on the afternoon of 17 April 2005. The vent lies below the white-plume in the center of the photo. A brief explosive eruption beginning on 16 April and produced ashfall that increased in intensity the following day. On the 18th a lava lake was seen in the crater and the surface had cooled by the following day.