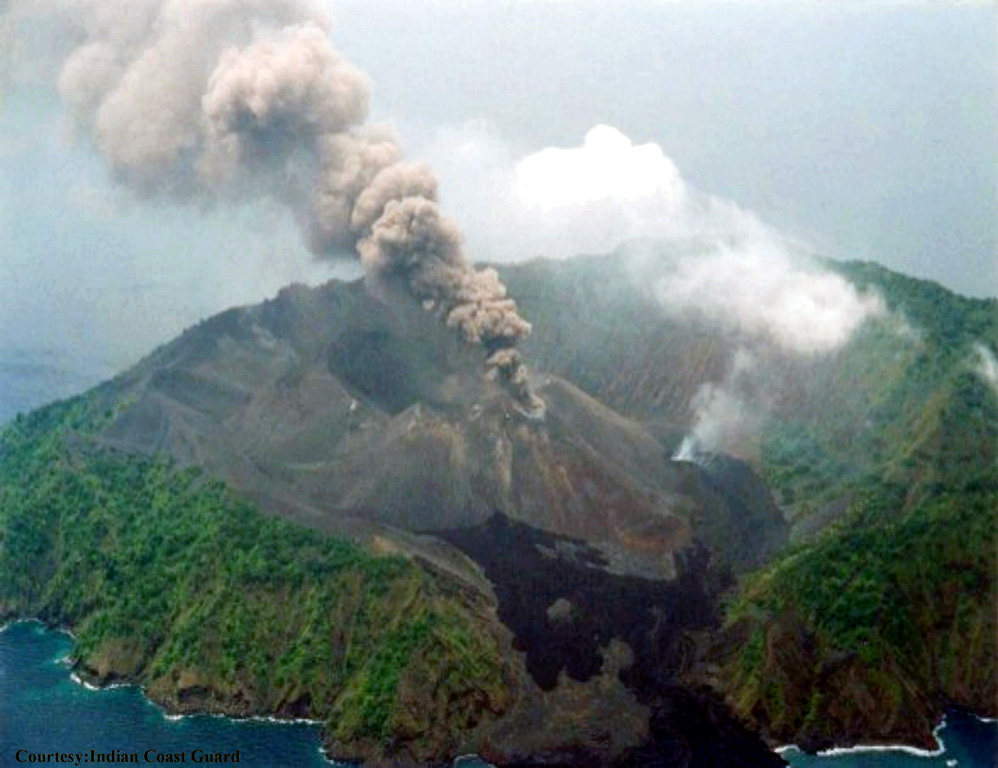 Barren Island is shown erupting on 28 May 2005 from the WNW. The black lava flow in the foreground is from the 1994-95 eruption. A lava flow is being extruded from a flank vent below the white plume. Eruptions that began on 26 May occurred from the summit of the scoria cone as well as flank vents. Lava flows later reached the W coast along the same path as flows from the 1991 and 1994-95 eruptions.