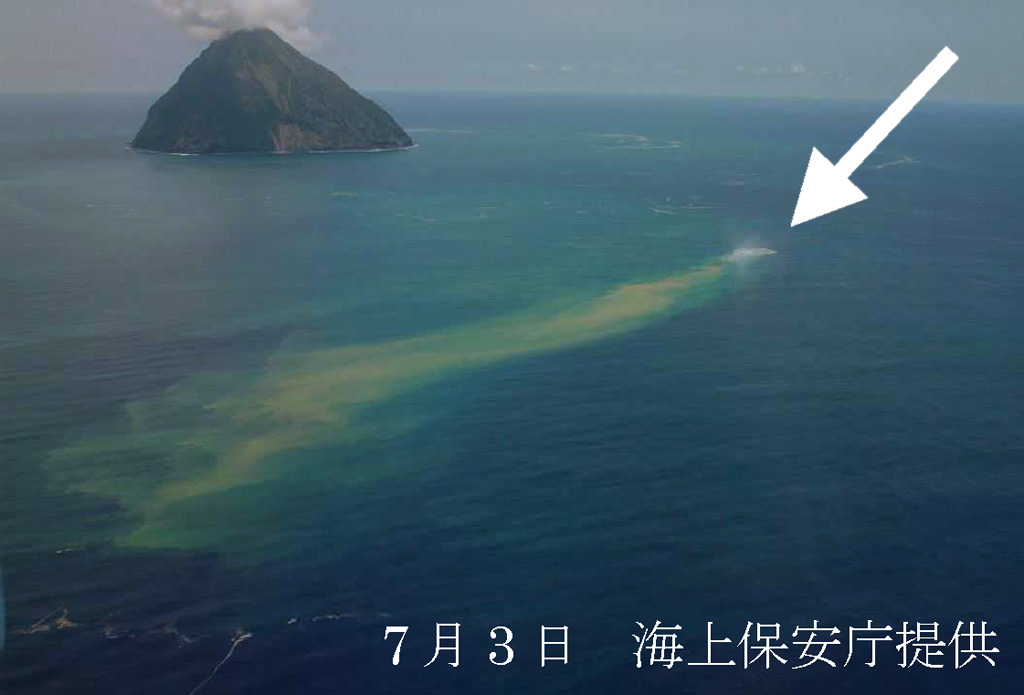 Fukutoku-Oka-no-ba on 3 July 2005 from the NE shows a plume of debris and discoloration extending from the arrow. On the previous day a white plume was observed, which later reached about 1 km above the ocean surface. Numerous large and steaming floating blocks were seen at mid-day on 3 July. The island in the background is Shin-Iwojima.