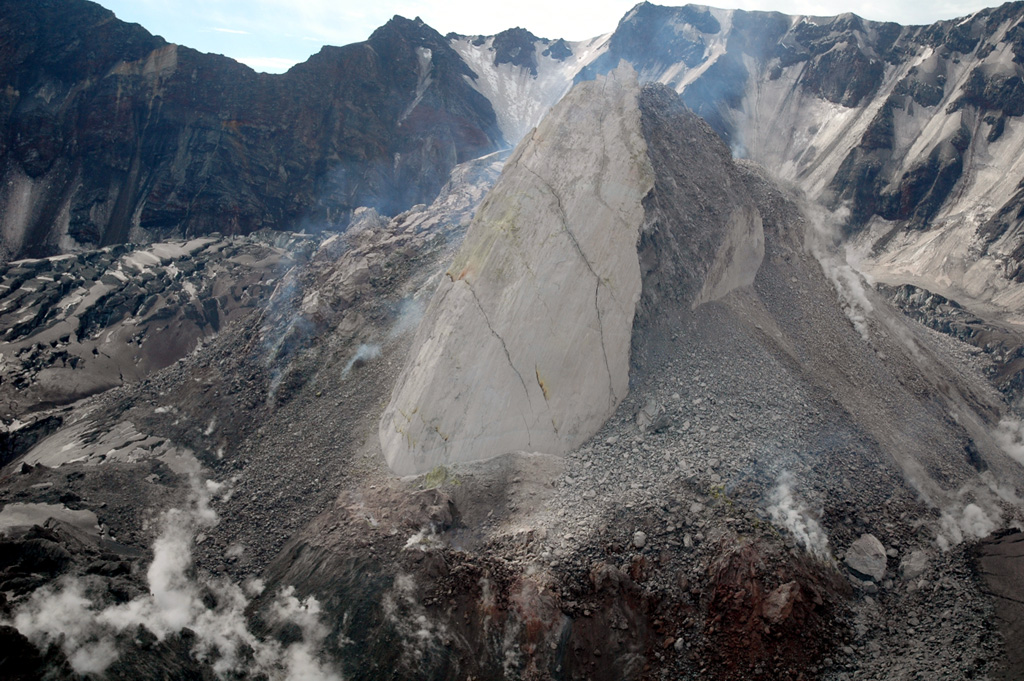 Moderate explosive eruptions beginning in October 2004 at Mount St. Helens were followed by the extrusion of a lava dome. This 21 June 2005 view from the NW shows the new dome with the 1980 crater wall in the background. The smooth-surfaced part of the dome, known informally as the Whaleback, formed by slow extrusion of viscous lava. The rougher surface to the right formed when portions of the dome collapsed, forming a talus slope. The crevassed, ash-covered surface of an uplifted glacier is visible to the left.