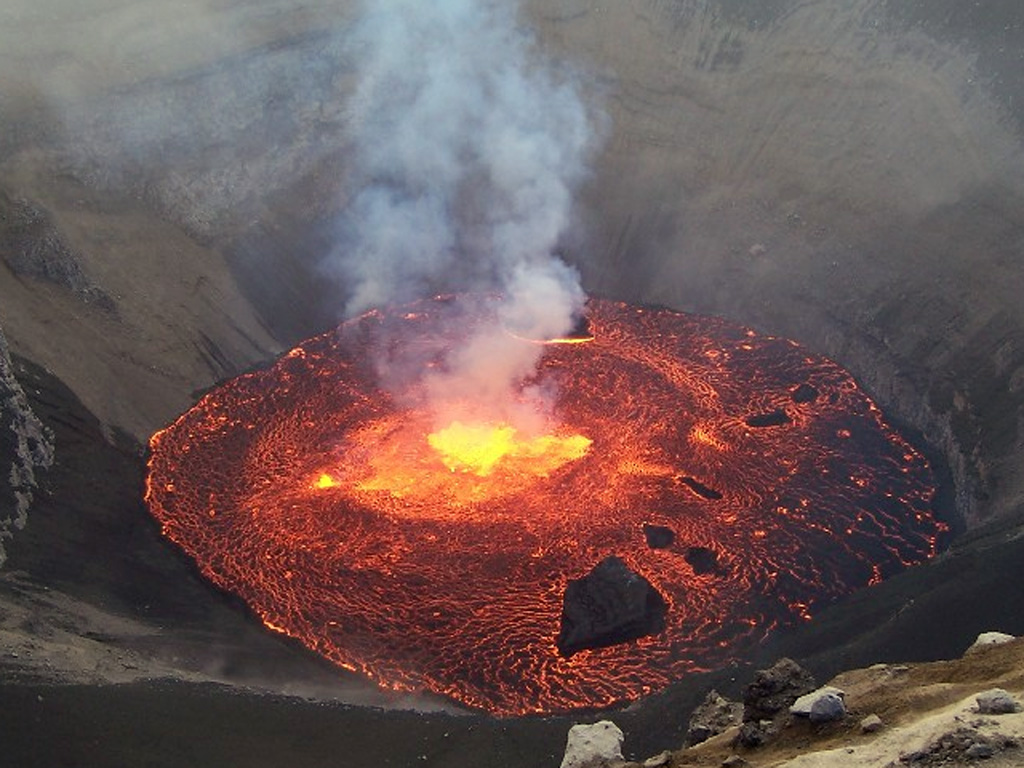 An explosive eruption on 24-25 November 2005 deposited ash over the SE and SW parts of Grand Comore Island in the Indian Ocean (also known as Ngazidja Island). Ashfall occurred in Moroni, the capital city of the Comoros, located on the W-central coast. On 26 November this incandescent lava lake was observed inside Chahalé crater within the summit caldera of Karthala volcano. Within a few days the surface of the 60-80-m-wide lava lake had mostly solidified, and the eruption ended on 8 December.