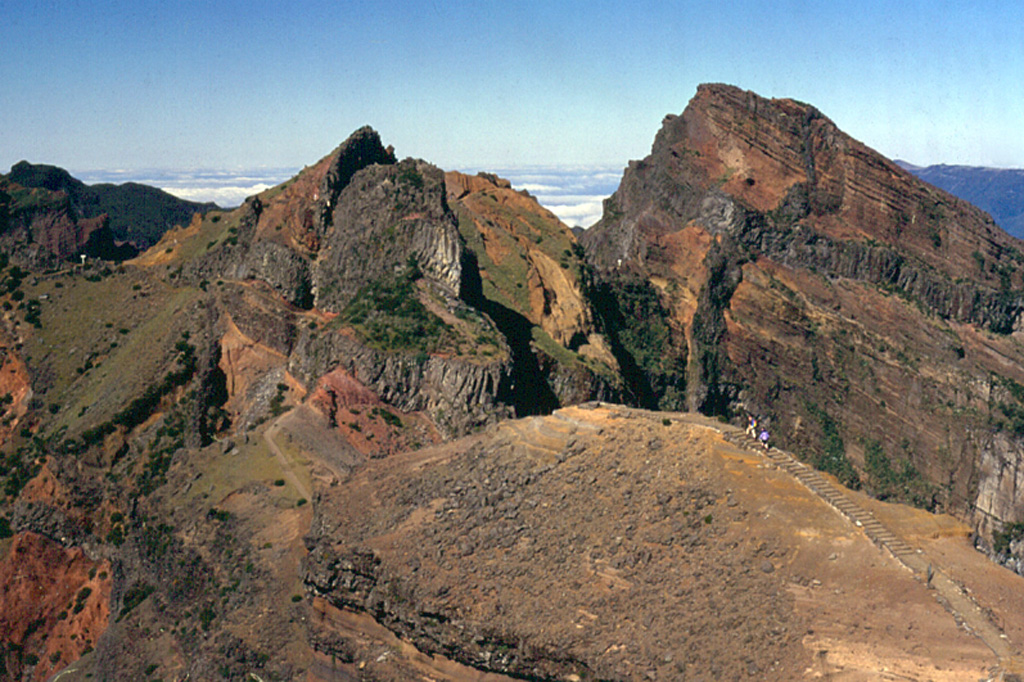 The rugged summit of Pico Ruvio forms the high point of the island of Madeira. This eroded scoria cone complex was erupted during Pliocene-to-Pleistocene rift activity along the axis of the Madeira rift. Dense swarms of dikes, some of which are visible in this image (dark gray bands), are oriented E-W, parallel to the orientation of the rift. 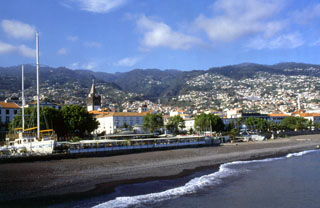