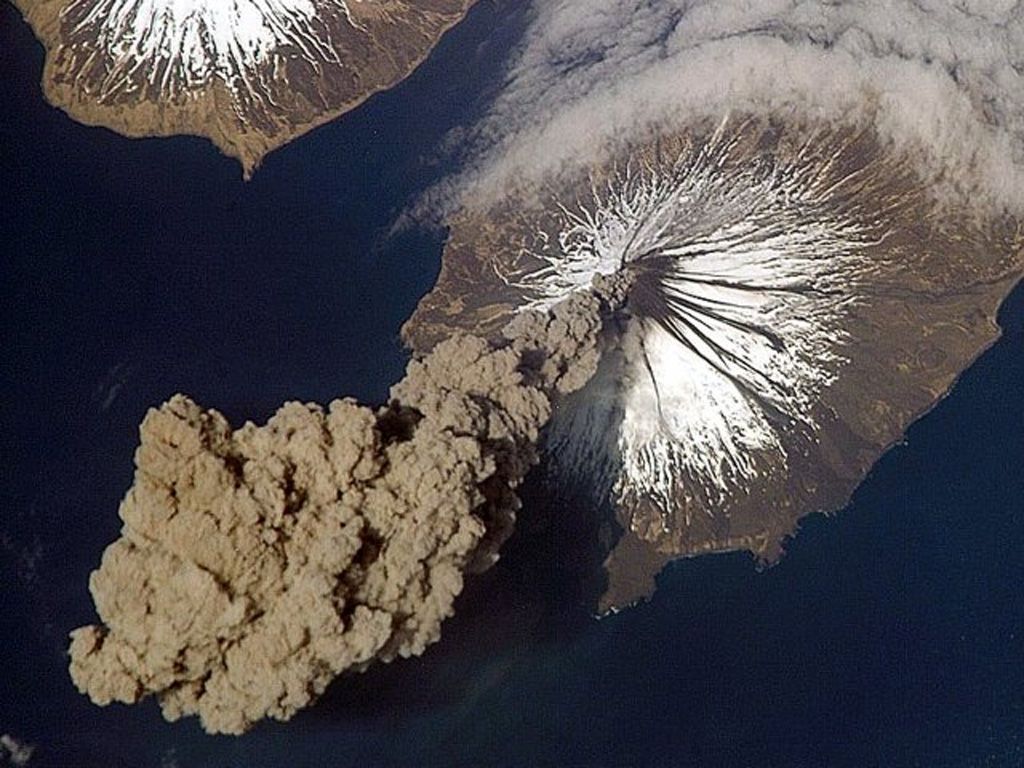 Eruption of Cleveland on 23 May 2006 as photographed from the International Space Station at an orbital altitude of approximately 400 km. The photograph shows the ash plume moving SW from the summit with N at the top and Carlisle Island to the NW.