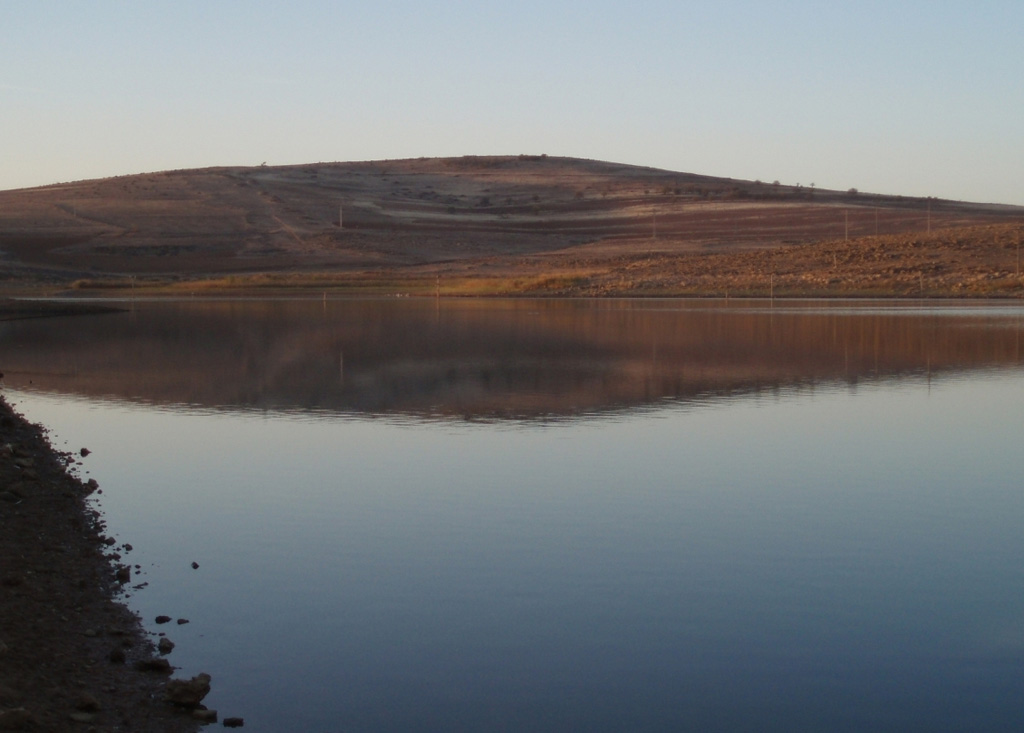 Columba volcano, the youngest known vent of the dominantly Pliocene Calatrava Volcanic Field, rises above the Jabalón reservoir (foreground). The massive volcanic field covers an area of over 5,000 km2 and contains more than 300 cones, maars, and lava domes. This field is mostly of Pliocene or late-Pleistocene age, although late-stage phreatomagmatic activity at Columba volcano was dated at the mid-Holocene. Fumarolic activity was recorded in the Sierra de Valenzuela area during the 16th-18th centuries. 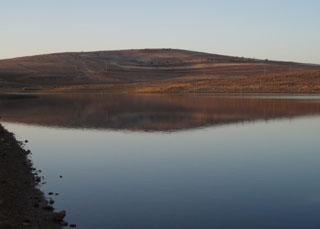