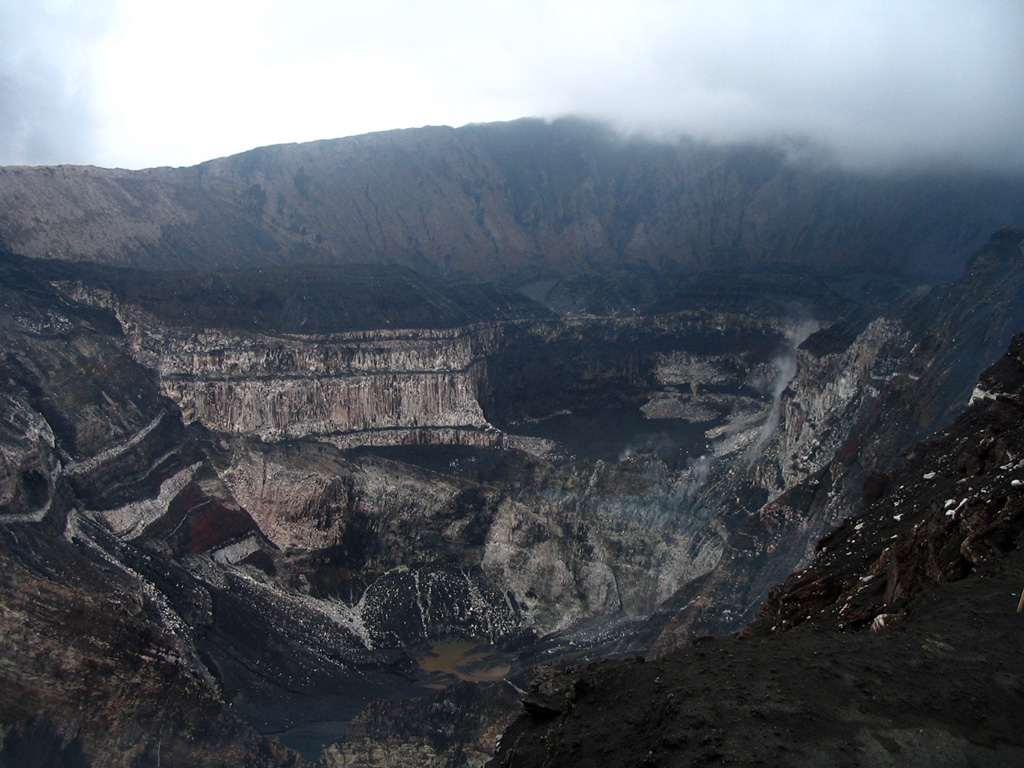 The steep-walled craters of the Marum cone complex at the summit of Ambrym volcano, seen from the east. Ambrym contains a 12-km-wide caldera and is one of the most active volcanoes of the New Hebrides arc. A thick pyroclastic sequence, initially dacitic, then basaltic, overlies lava flows of a pre-caldera shield volcano. Post-caldera eruptions, primarily from Marum and Benbow cones, have partially filled the caldera floor and produced lava flows that ponded on the caldera floor or overflowed through gaps in the caldera rim.