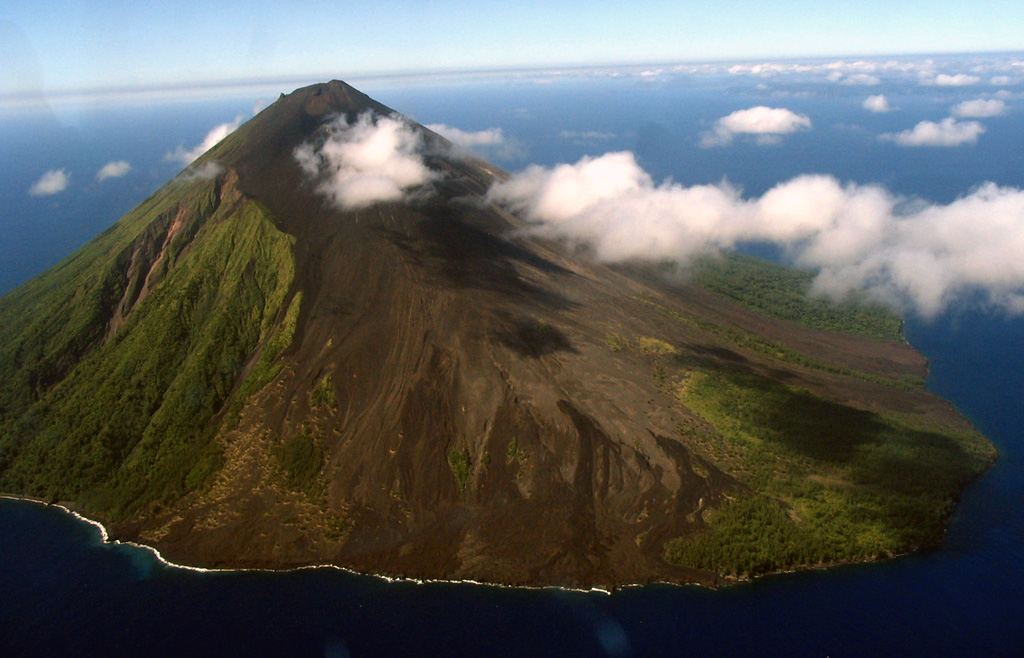 Lopevi is seen here in an aerial view from the NW, with lava flows that erupted from NW-SE-trending fissures forming the barren slopes in the foreground. The small 7-km-wide island is known locally as Vanei Vollohulu. Historical eruptions date back to the mid-19th century. The island was evacuated following major eruptions in 1939 and 1960.