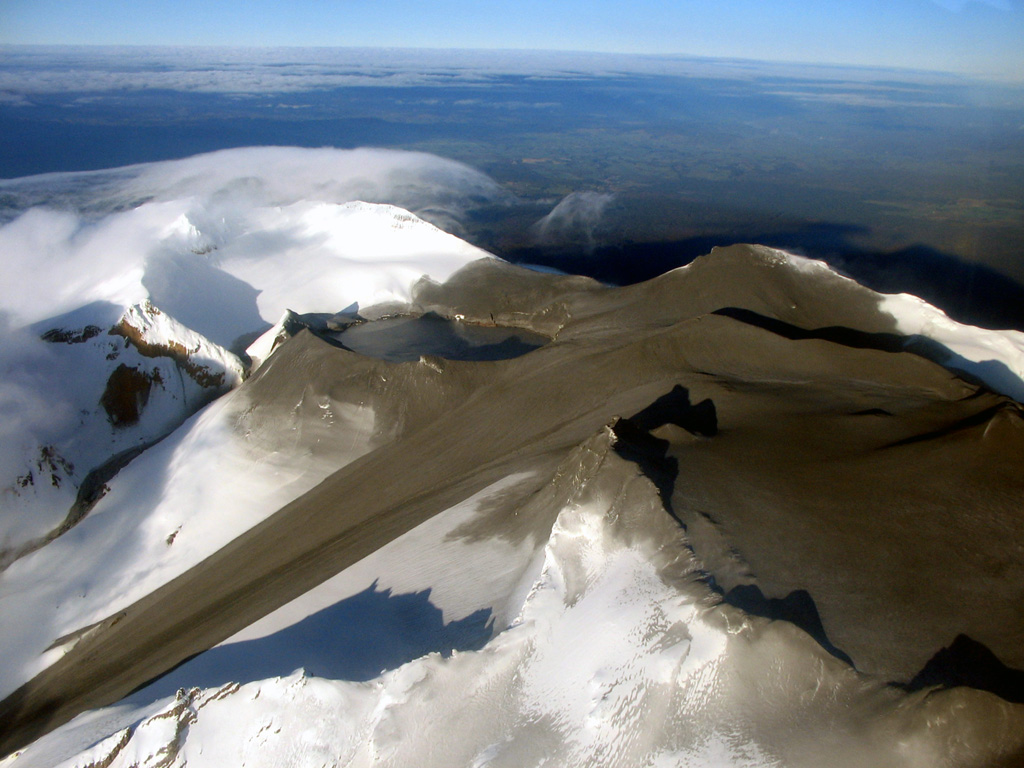 An aerial view of the summit of Ruapehu from the NE on 26 September 2007 show the effect of a brief eruption the previous day. The eruption originated from Crater Lake (left-center), and ejected ash and mud that covered much of the summit area. A large lahar swept down the Whangaehu glacier to the left and a smaller lahar exited the low point on the rim of Crater Lake and descended the narrow gully above the larger lahar.