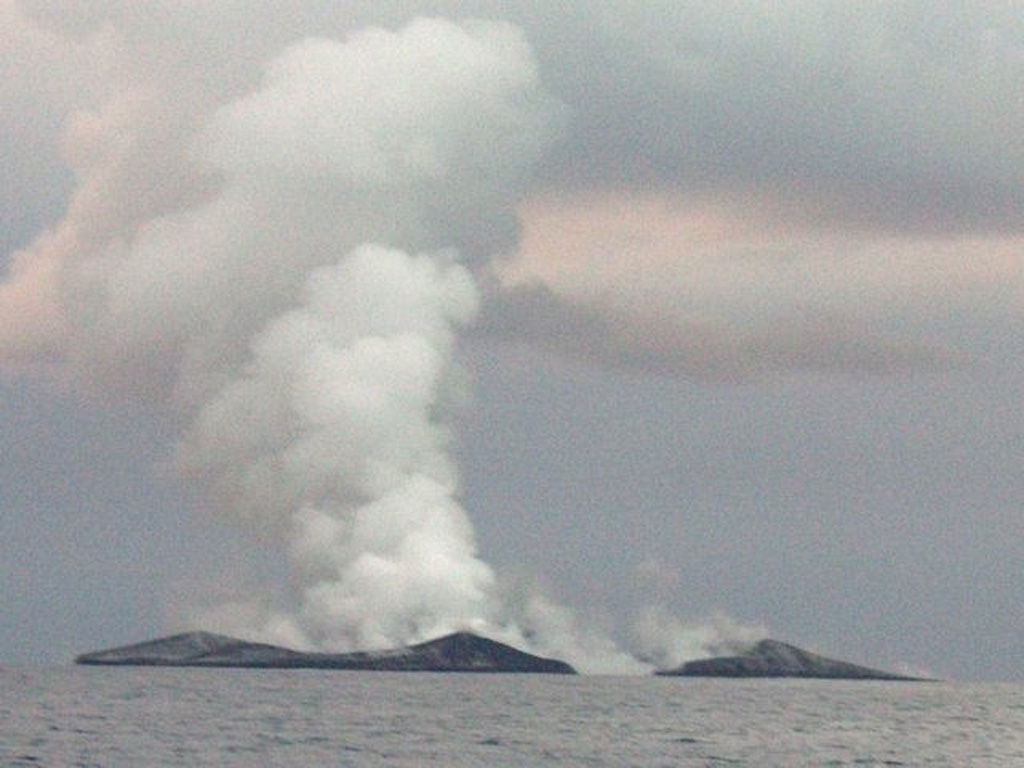 Plumes rise above a new island being built by the eruption at Home Reef as seen from the east about 2.8 km away on 12 August 2006. The island at this time was ~1.5 km in diameter. The eruption began on 7 August and lasted until about the 16th. Widespread pumice rafts reached Fiji and as far as Australia.