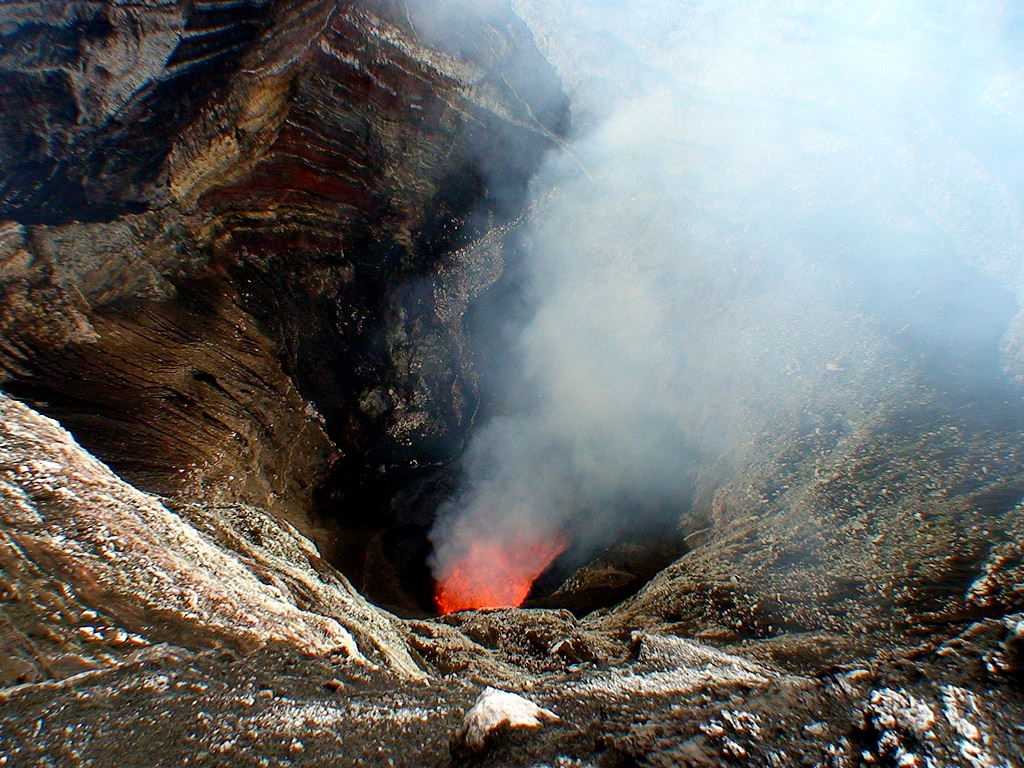 A lava lake is visible inside Mbwelesu crater within Marum cone at Ambrym on 7 June 2007. Lava lake activity was observed during a field expedition from May to June. MODIS thermal alerts had resumed at Ambrym since November 2006 and eruptions took place in April and March 2007.