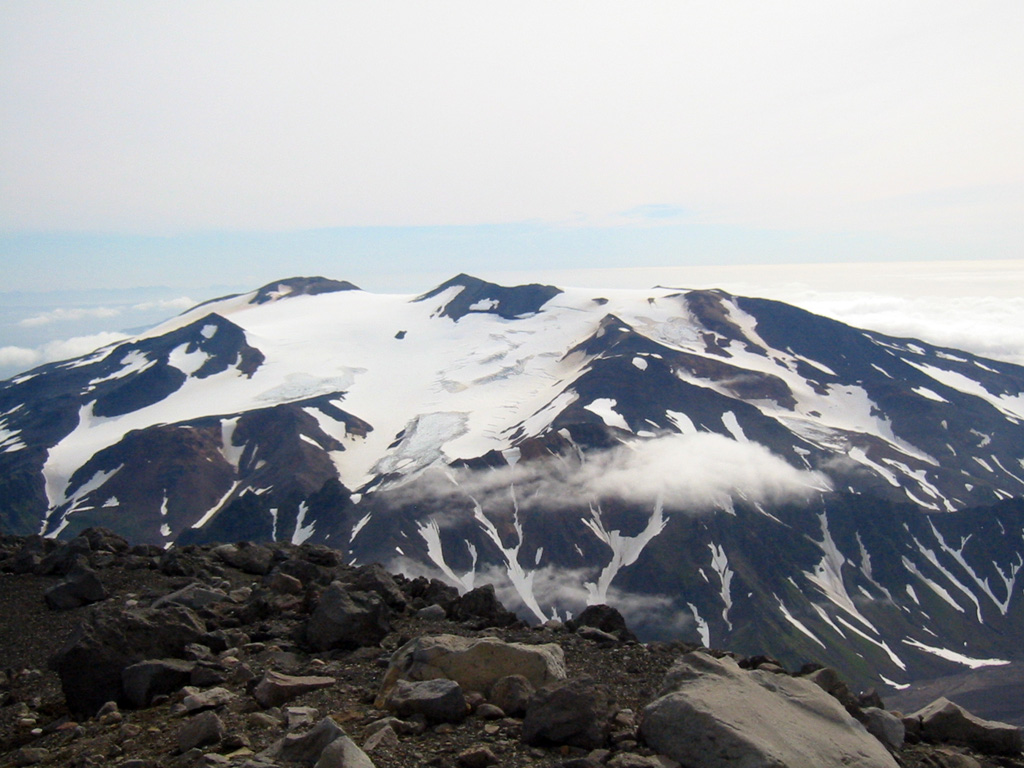 Takawangha is seen here looking E from the summit of East Tanaga. It lies across a saddle from historically active Tanaga volcano to the west. The summit has five Holocene craters that produced explosive eruptions and lava flows that reached the lower flanks during the last few thousand years. 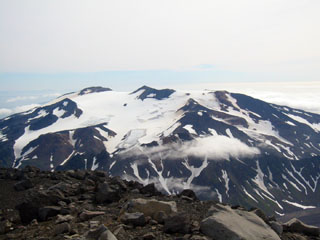