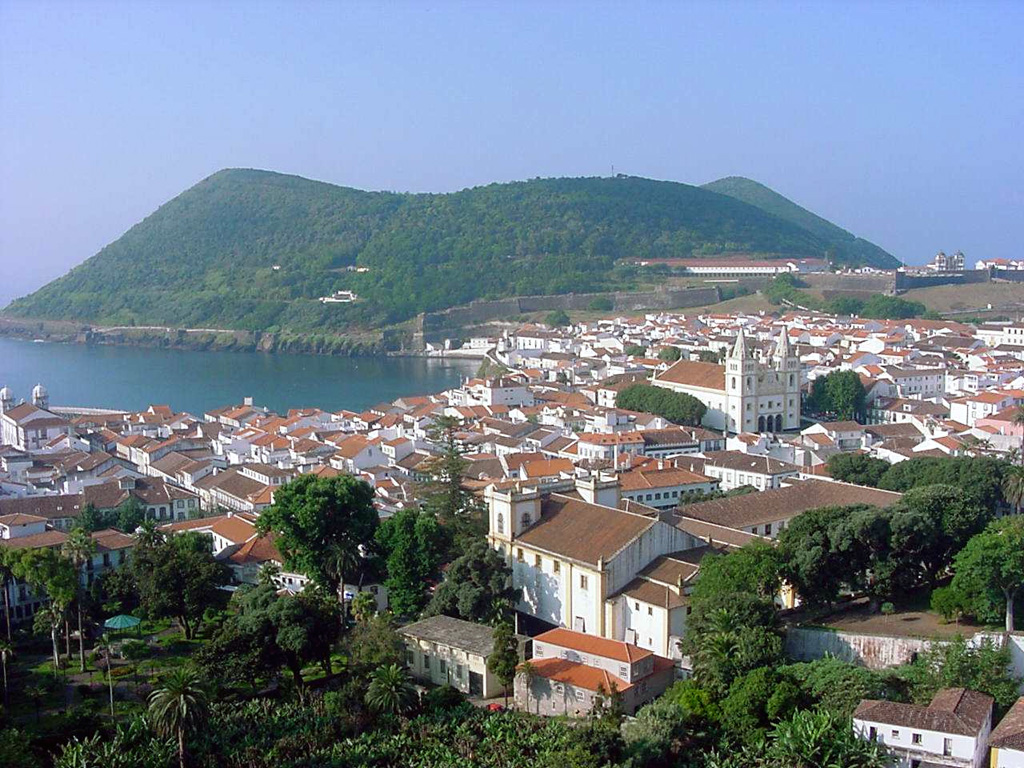 The Monte Brasil pyroclastic cone is seen here beyond the city of Angra do Heroísmo on the south-central coast of Terceira Island. The 1.4 km wide cone is attached to the island by a small peninsula, and is related to the activity of the Guilherme Moniz volcano, which occupies the center of Terceira.