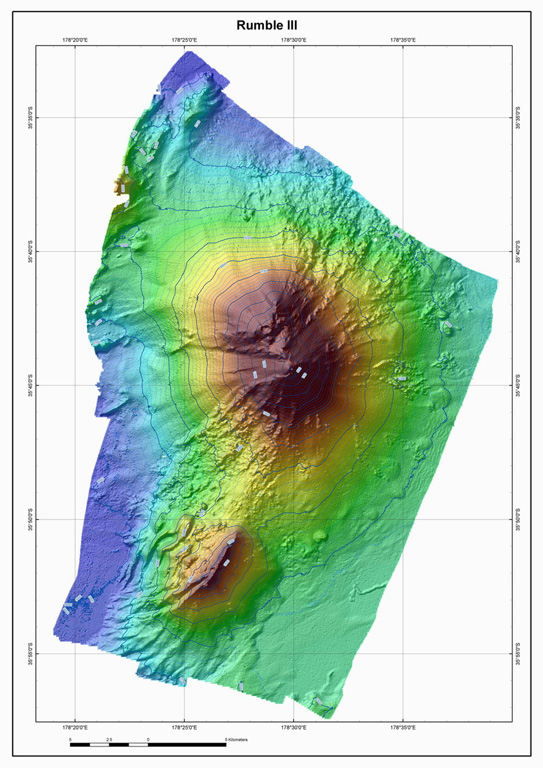 The Rumble III seamount, the largest of the Rumbles group along the South Kermadec Ridge, rises 2,300 m from the sea floor to within about 200 m of the sea surface. Edifice collapse has left a large horseshoe-shaped scar breached to the W. Fresh-looking andesitic rocks have been dredged from its summit and basaltic lava from its flanks. Rumble III has been the source of several submarine eruptions detected by hydrophone signals.