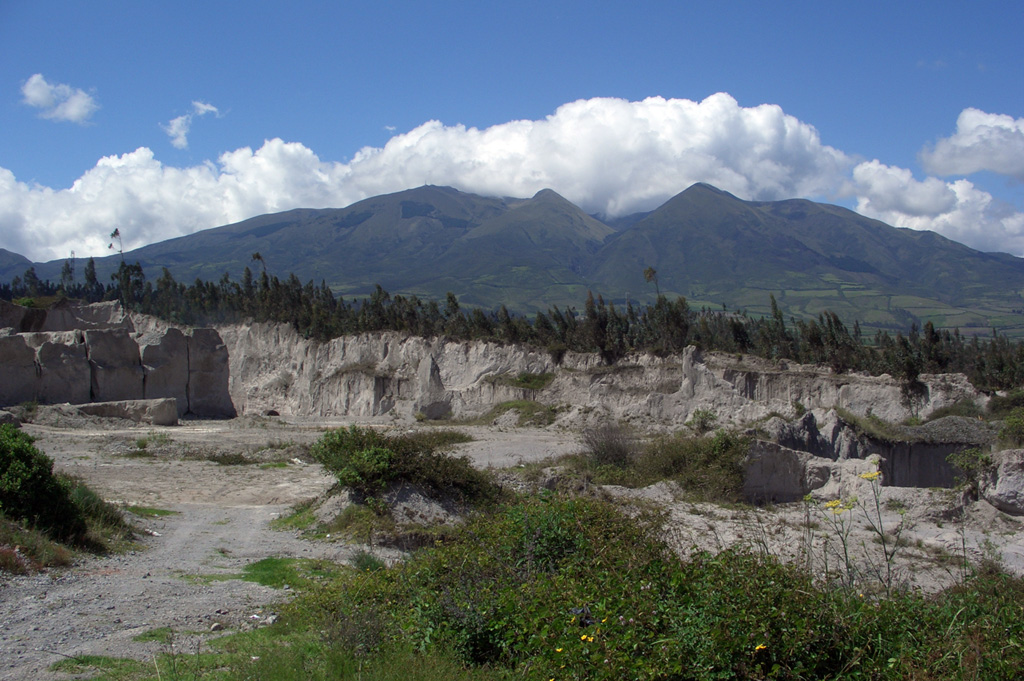 Part of the Chachimbiro volcanic complex, located about 25 km NW of the city of Ibarra, is seen from the south. The late Pleistocene-to-Holocene, NNE-trending dacitic Chachimbiro-Pucará line of lava domes includes the Pitzantzi lava dome, which erupted about 5700 years ago, producing an ash deposit that extends to the NW. Hot springs and thermal areas are present at the Chachimbiro complex. Quarries in the foreground are cut into deposits from the caldera-forming eruption of Cuicocha volcano. 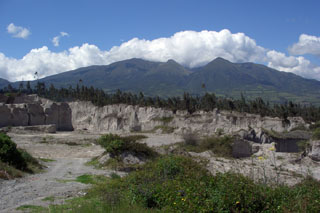