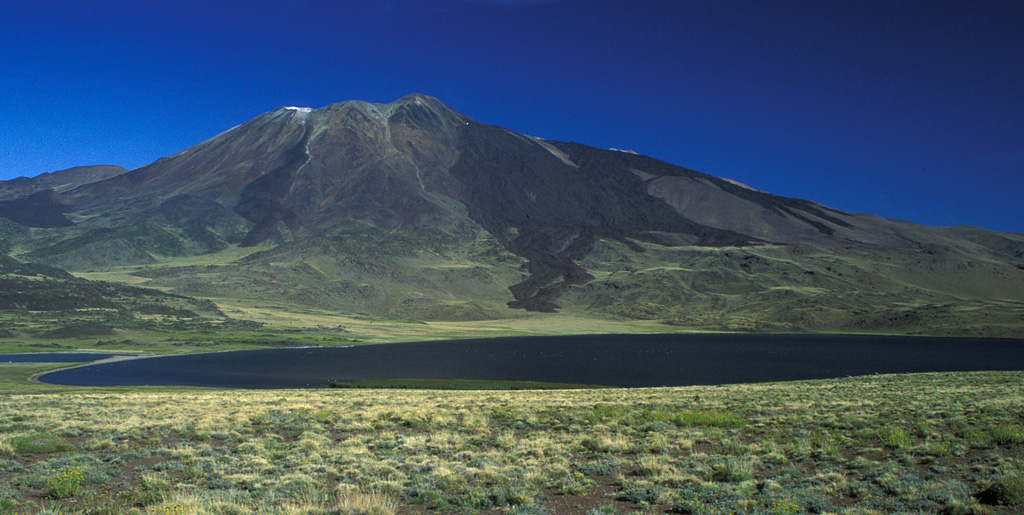 Dark-colored lava flows descend the northern flank of Volcán Tromen, a 3978-m-high Argentinian stratovolcano in this view from La Laguna del Tromen, NW of the volcano. This and another lake at the NW foot the volcano are renowned for their exotic bird life, including flamingos. The youngest lava flows at Tromen originated from flank vents and descended the north and NE sides of the andesitic-to-rhyolitic volcanic complex. Historical eruptions of Tromen were reported in the mid-18th century and in 1822. 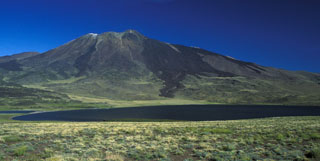