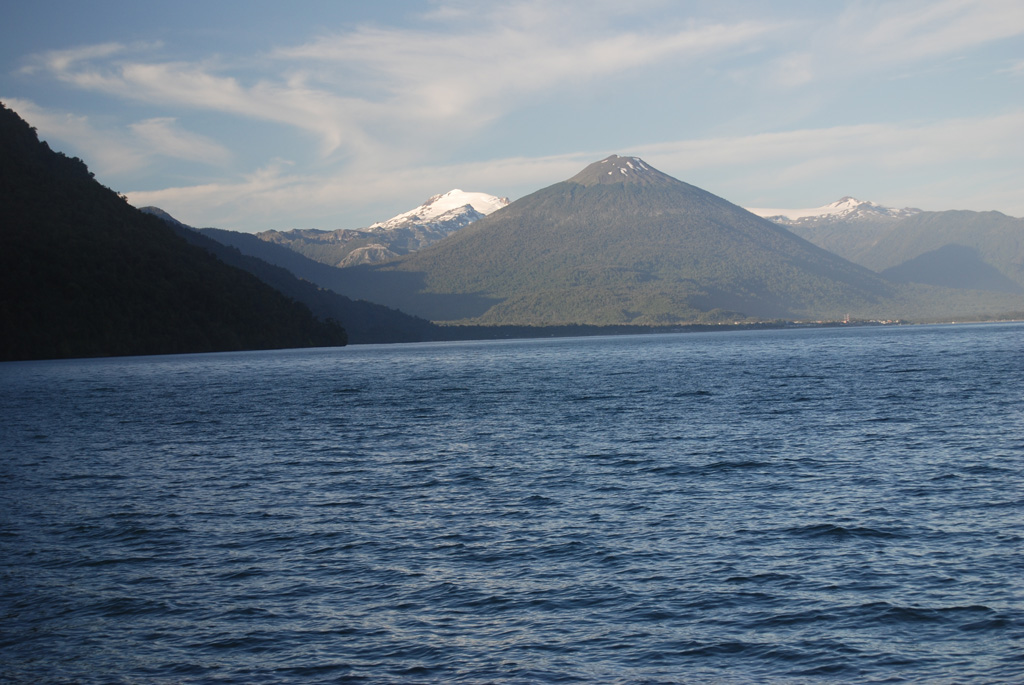 Symmetrical forested Volcán Hornopirén is seen from the SW from a ferry approaching the town of the same name at the head of a fjord at the NE end of the Gulf of Ancud. The 1572-m-high volcano, whose name means "snow oven," lies along a graben defined by the major regional Liquiñe-Ofqui fault zone. The volcano was said to be in eruption in 1835, although no details are known. Glacier-capped Yate volcano appears in the background to the left of Hornopirén. 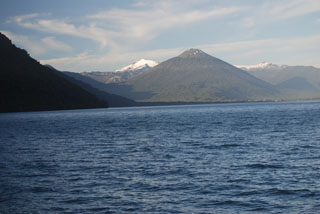 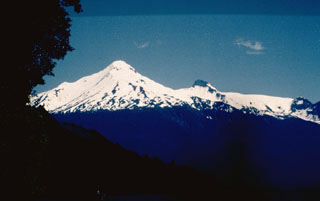