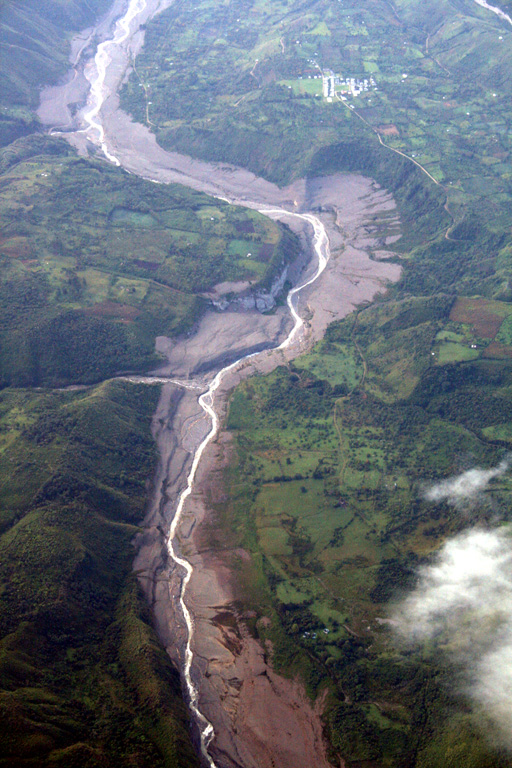 This aerial view of the Río Páez, with flow direction to the top, shows the path of the November 2008 lahars. The village at upper right is Mesa de Caloto, SSW of Huila. An eruption on November 20, 2008 destroyed part of the new lava dome, and hot material melted areas of the surrounding glacier and caused lahars in the Bellavista and Páez rivers, damaging infrastructure and destroying homes along the Río Páez.