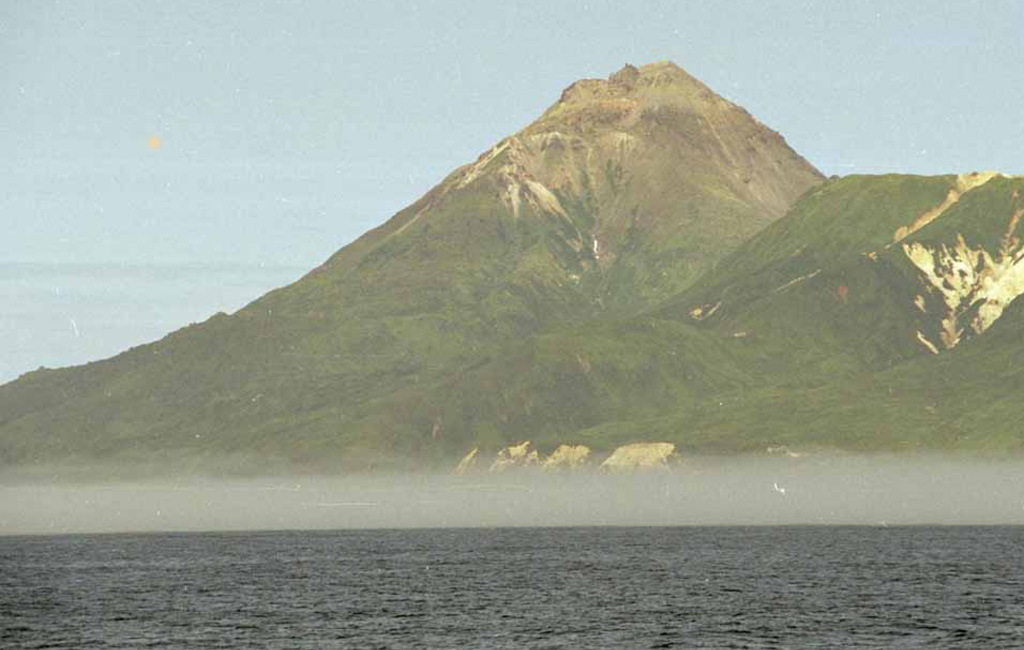 Ekarma with its summit lava dome rises above the sea with an older hydrothermally altered volcanic edifice to the right. The small 5 x 7.5 km island lies 8.5 km N of Shiashkotan Island in the central Kuriles. The summit lava dome was emplaced during the first historical eruption in 1776-79.