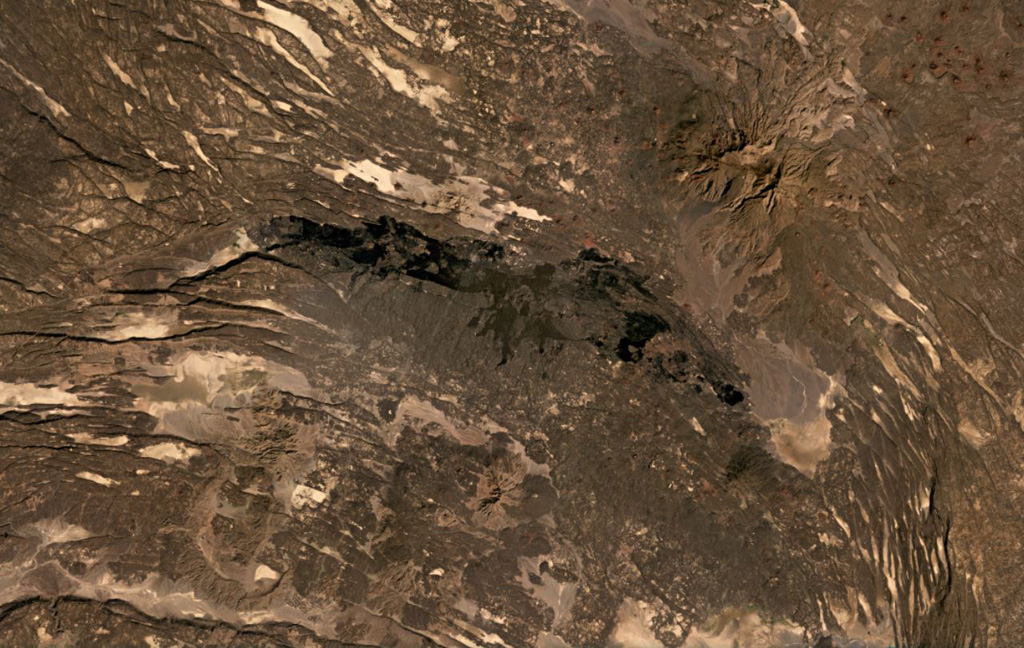 The roughly 40-km-long darker lava flows extending across the center of this December 2020 Planet Labs satellite image monthly mosaic (with N at the top) were produced by the western Manda portion of the Manda-Inakir complex and fill a graben formed through faulting. This complex represents a failed rift segment along the Ethiopia-Djibouti border. Mousa Alli is the edifice to the NE; this image is approximately 80 km across. 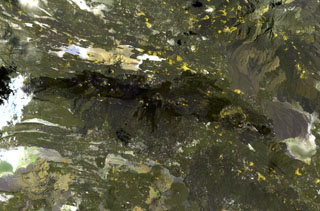