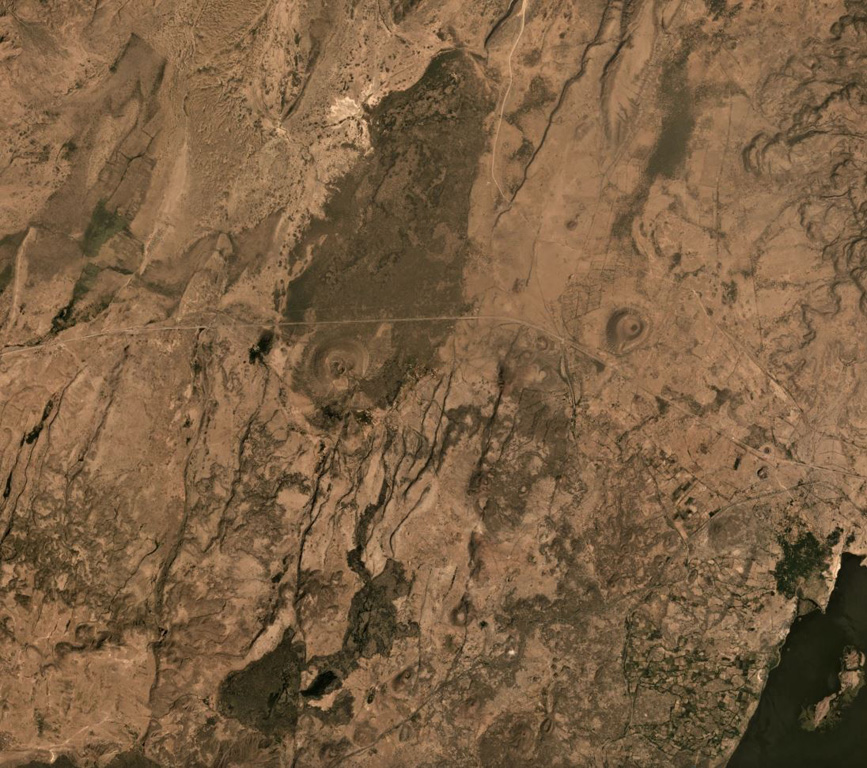 Beru comprises an area of Holocene basaltic scoria cones and lava flows located along the Main Ethiopian Rift between Fentale volcano to the upper right and Kone to the lower left. Several scoria cones are visible in this November 2019 Planet Labs Satellite image Monthly Mosaic (N is at the top; this image is approximately 21 km across). The lake to the lower right is Basaka, whose northern shoreline was formed by a young lava flow from a Fentale flank vent. 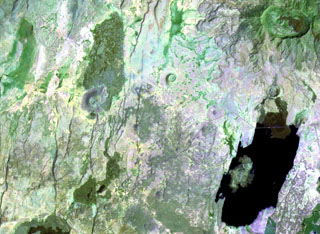