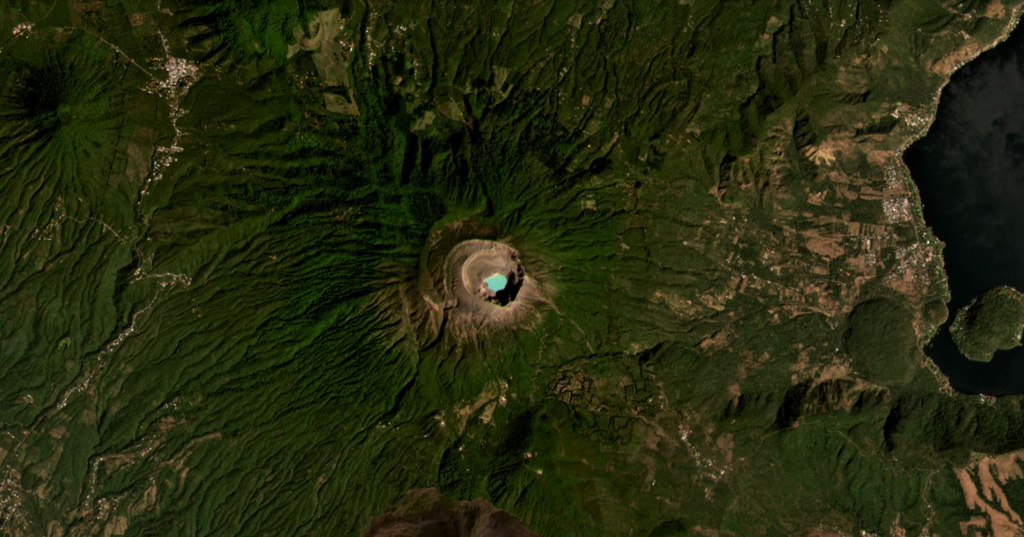 Santa Ana (or Ilamatepec) has several nested summit craters, with the active crater containing the blue lake shown in this February 2021 Planet Labs satellite image monthly mosaic (N is at the top; this image is approximately 16 km across). Several small cones have formed along the SE flank, down to the San Marcelino scoria cone that emplaced the 13-km-long lava flow eastwards in 1722. The Coatepeque Caldera is to the E and the Apaneca Range is to the W.