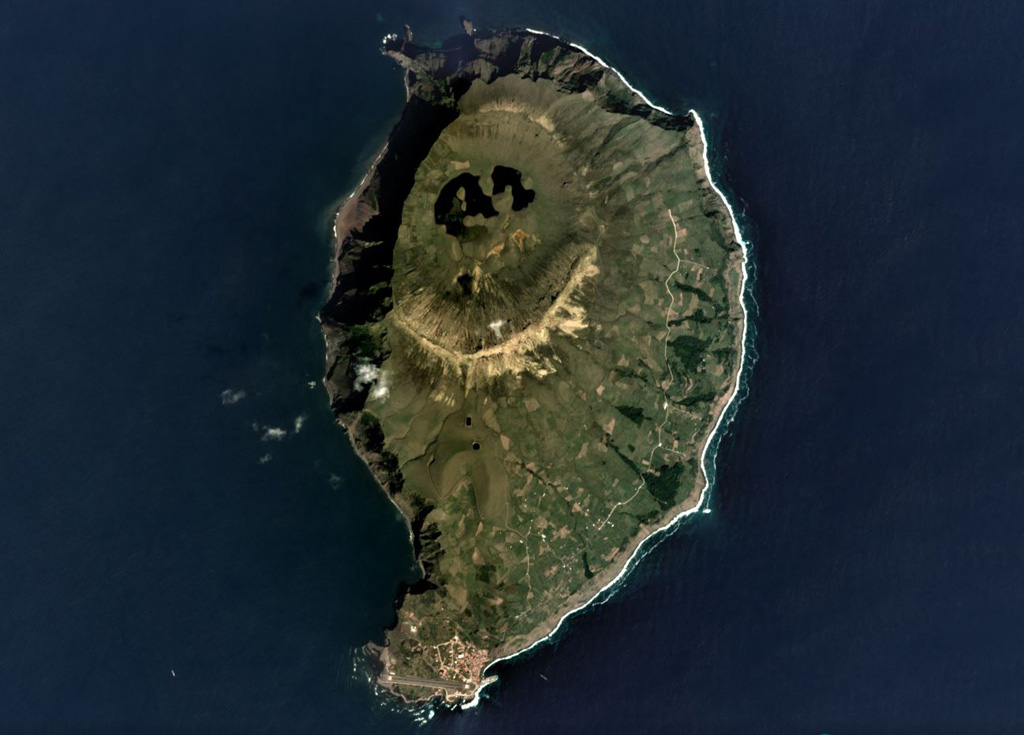 The 4 x 6 km Corvo island of the Azores archipelago is shown in this September 2019 Planet Labs satellite image monthly mosaic (N is at the top). The northern half of the island contains the O Caldeirão caldera and the western coast is composed of cliffs. A scoria cone that opens towards the S is visible below the center of this image, and several other cones and lava flows are across the lower half of the island.