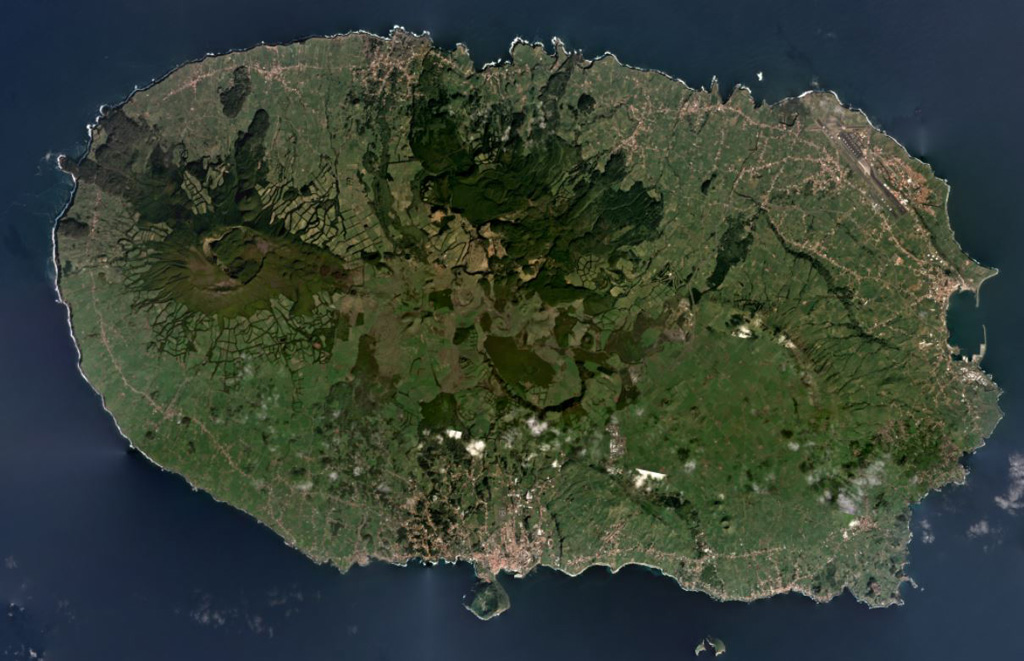 Four main volcanic centers form the 29-km-wide Terceira Island shown in this February 2020 Planet Labs satellite image monthly mosaic (N is at the top). The Santa Barbara edifice with the summit caldera is to the W, with lava domes and coulées both in the caldera and on the flanks, concealing an older caldera on the NE flank. The Pico Alto complex is at the north of the center of the island and to the south of that is the Guilherme Moniz caldera. The NE and SW Cinco Picos caldera rims are exposed on the SE side of the island, with the São Sebastião crater near the SE boundary.