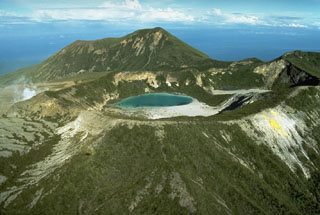 
Based on information from RVO, the Darwin VAAC reported that Balbi erupted on 7 May. Ash was not detected on satellite imagery. [Correction: RVO later confirmed that Balbi did not erupt on 7 May and attributed the reports to thunderstorm activity.]